Elba’s first release of 2021 champions new and up and coming Canadian talent and hip-hop enthusiast Connor Price on their collaborative record ‘Courteney Cox’. Released by 7Wallace and Price’s Toronto based imprint, 4 Of Clubs, ‘Courteney Cox’ is high-octane and an infectiously hooky slice of synth-soaked trap – a playful and tongue-in-cheek homage to Connor’s favourite actress and childhood crush.

The collaboration came from an Instagram challenge Idris created after being diagnosed with Covid-19, where he posted a rap and left the third verse open. Connor responded with a freestyle of his own and woke up to a DM from Idris the next morning. From there Idris sent the track to Courteney Cox who wrote and recorded her own lyrics to Idris and Connor’s skit and performed it in the video – what results is a huge serving of fun, wit and humour which doesn’t take itself too seriously.

Hailing via Toronto, Connor Price started releasing music independently under his self-owned ‘4 of clubs’ brand. He began to further develop his sound and fanbase by putting out a brand new song every two weeks. His self-directed/edited video ‘Typical Rapper’ accumulated over 1 million Facebook views in the first month. 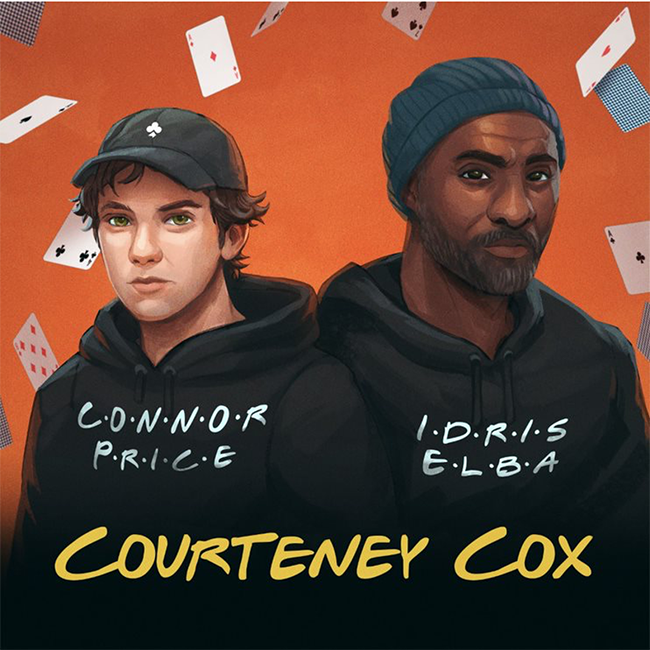 7Wallace is the record label founded by Idris Elba in 2015, with the aim of breaking boundaries in dance and hip-hop. Since then the company has expanded to include music publishing, in a joint venture with Universal Music Publishing, and has also set up studios in Central London and Oxford.