Garbage have today announced their brand-new seventh studio album No Gods No Masters, set for release on 11 June Via Stunvolume/Infectious Music. The band have also shared the track The Men Who Rule the World and its accompanying video - the first new music to be released from the album. The video was made by Chilean film director, animator and painter Javi.MiAmor.

The Men Who Rule the World is an incendiary indictment and call to arms, a typically powerful sonic display that sets the tone for the band's searing new record. A critique of the rise of capitalist short-sightedness, racism, sexism and misogyny across the world, the track is a forceful protest song and a clear statement of intent from a band who still believe in the power of dissent.

“This is our seventh record, the significant numerology of which affected the DNA of its content: the seven virtues, the seven sorrows, and the seven deadly sins,” says Garbage frontwoman Shirley Manson of the band’s ferocious new album No Gods No Masters and its twists and turns from capitalism and lust to loss and grief. “It was our way of trying to make sense of how fucking nuts the world is and the astounding chaos we find ourselves in. It’s the record we felt that we had to make at this time.”

Produced by Garbage and long-time collaborator Billy Bush, the seeds for No Gods No Masters were planted in summer 2018 in the desert in Palm Springs. The quartet convened at a home belonging to one of Steve Marker’s relatives and sketched out the skeleton of the album over two weeks, jamming, experimenting and feeling the songs out. They then took those demos and went their separate ways, before reconvening in Los Angeles to finish the record.

Watch 'The Men Who Rule the World' - BELOW:

Garbage are releasing a deluxe CD/digital version of No Gods No Masters, which features covers of classic tracks, including David Bowie’s Starman and Because the Night, written by Patti Smith and Bruce Springsteen. Garbage’s take on Because the Night also features US punk rock outfit Screaming Females.

The deluxe album includes rare Garbage tracks No Horses, On Fire, Time Will Destroy Everything, Girls Talk, The Chemicals and Destroying Angels, the latter three of which feature Brody Dalle, Brian Aubert and John Doe and Exene Cervenka respectively.

The album vinyl is neon green as standard with Garbage also releasing a limited white vinyl via their official artist store and HMV, as well as an exclusive limited pink vinyl as part of this year’s RSD Drops on 12 June. The band will be touring the UK with Blondie this November. Full dates are listed below.

No Gods No Masters tracklist: 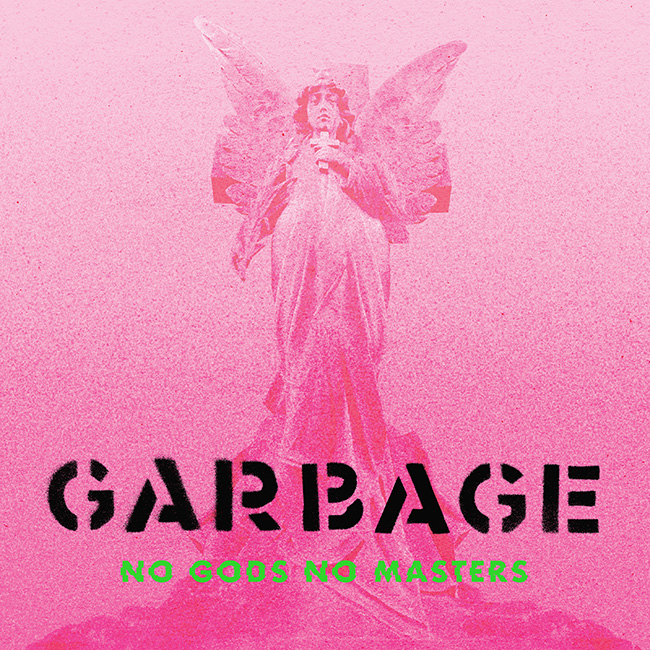 September 2nd 2015 – Garbage today announced they will release a special 20th Anniversary Edition of their critically acclaimed self-titled album in celebration of its historical debut. The new version will be re-mastered from the...

Garbage have made a video for their second single “Magnetized” off their critically acclaimed album ‘Strange Little Birds’. Scott Stuckey directed the video. Shirley Manson - "We made the video for Magnetized at Pancake Mountain...