Following his SOLD OUT show at the Telegraph Building in 2019, Fisher is pleased to announce a return to Belfast with his Biggest NI show to date at Custom House Square on Friday 21st August 2020.

If 2018 was his breakout year in the UK and Europe, 2019 has been Fisher’s year of consolidation and global domination. Initiating his professional career as a surfer, and now heading his own imprint ‘Catch & Release’, Paul Fisher has made giant waves over the past two years. Fresh off a Grammy nomination, a #1 Dance record on Billboard, an ARIA nomination, and in the running for Triple J Hottest 100, this Fish is on a ROLL !!

With groove-drenched tracks that have been celebrated by underground-scene-peers including Solardo, Skream, and Dennis Ferrer, Fisher’s productions are of an extremely high level and are all crowd-pleasers and floor-fillers. Simple, yet exceptionally funky and loopy basslines, frosty hi-hats, along with synths and keys that emerge and submerge in and out of the deep groove, are a winning recipe that Tech-House aficionados should not miss. Groovy and punchy tracks such as “Ya Kidding”, “Crowd Control”, “Stop It”, and “Losing it”, have made recent dance music history and have surged up Spotify and Beatport charts amongst favourable reviews from both audiences and professionals. Having now started his own label Catch and Release and toured the whole globe, Fisher has it all to remain in the upper echelons of dance music. 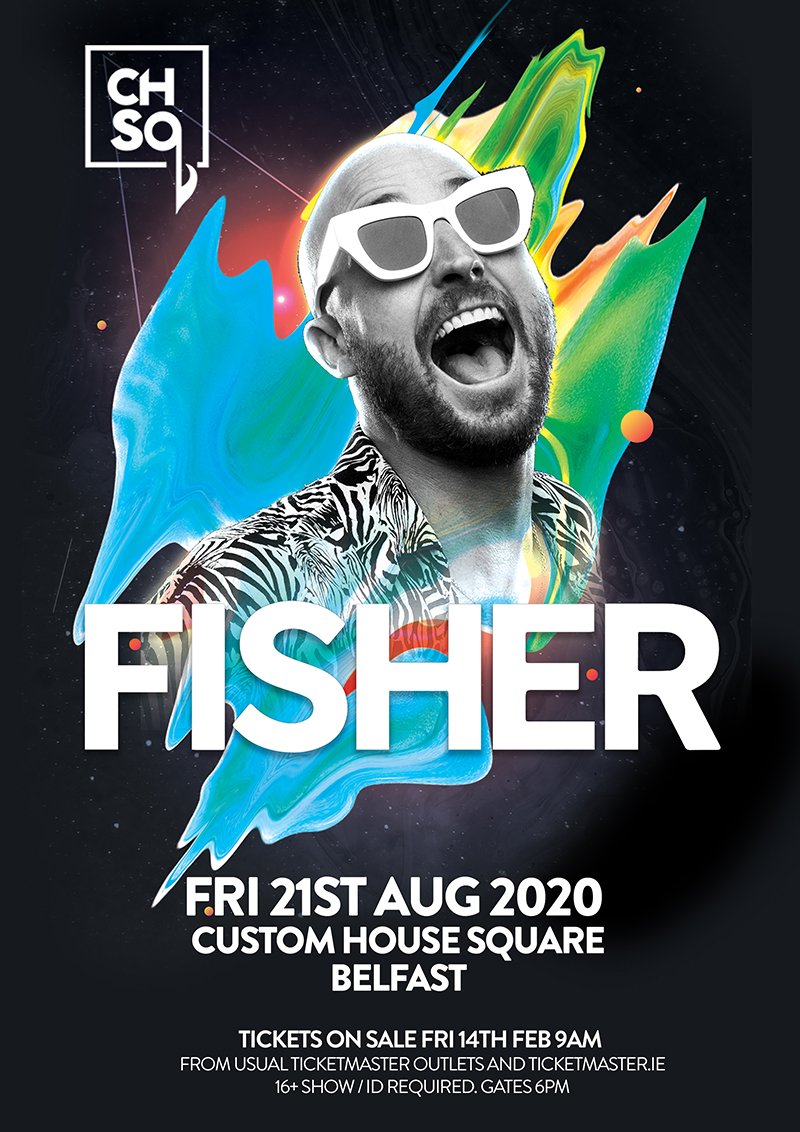 Damien Dempsey’s debut album in 2000, They Don’t Teach This Shit in School, set him apart as a unique and important voice, championed from an early stage in his career by Sinéad O’Connor. The follow-up, […]

Dublin five-piece Fontaines D.C are pleased to announce their biggest Belfast show to date with a headline show at Custom House Square on Friday 13th August 2021. Barely a year after the release of their […]

Scottish alternative rock outfit Fatherson release their third album Sum Of All Your Parts on September 14th. The band have established themselves as a potent live force, having sold out Glasgow’s Barrowlands as well as […]