Singer-songwriter and guitarist Tatiana DeMaria introduces her brand-new EP, Acoustic Sessions: One, a five-track collection made up of four previously released studio songs and one unreleased track recorded live at Tower of Power Studios in London.

Renowned as the vocalist/guitarist of TAT, which broke out with the release of their debut album, Soho Lights, Tatiana and TAT, followed by touring throughout Europe and North America, including The Vans Warped Tour.

Since then, Tatiana’s music has appeared in commercials and movies, including Blue Crush 2 and American Pie Presents: Girls’ Rules, to which Tatiana contributed eight songs.

From a purely subjective viewpoint, entry points on the EP include “Make Me Feel,” “Beirut Fire,” and “Save Me.” Although stripped-down to the essentials, all five of the tracks are much more than simply ‘unplugged versions,’ charged with the visceral, electrifying energy found only in the compression of sonic minimalism.

XS Noize spoke with Tatiana DeMaria to discover more about the person behind the music and what fans might expect in the future. 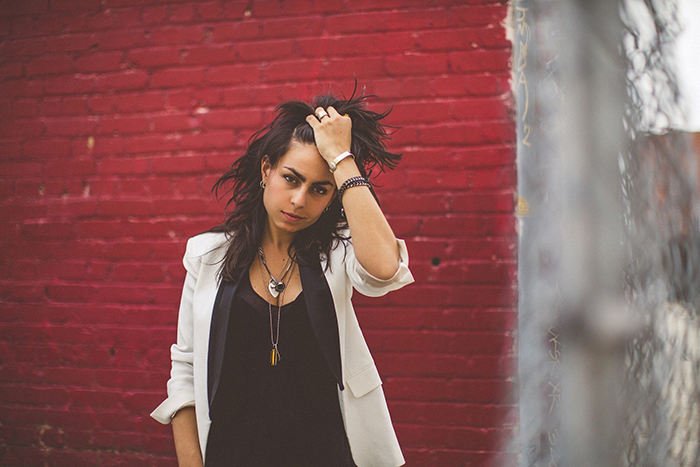 TM: I grew up fairly obsessed with listening to music. My dad always used the radio playing and would take us on drives on Sundays around London listening to his favourite tunes. I used to lull myself to sleep with NOFX and Rage Against the Machine. I loved all styles, great melodies, great lyrics, energy, honesty.

I started writing songs when I was 11. My eldest brother had a guitar lying around at home, and the only song he could play was ‘House of the Rising Sun.’ I loved it so much and thought he was the coolest. I was in music class at school one day, and the music teacher played it. Eyes wide open and in awe to see it outside of the home, I told her I wanted to learn it, so she took me by the hand and walked me into the room next door, where I met the guitar teacher.

I took 6 or so lessons with him to learn some basic chords and then hit the internet and absorbed tabs to learn. I learned all of my favourite songs and started a band when I was 11 but could never get to practice because we lived far from the other kids.

I never wanted to be dependent on anyone else to express myself and live my life as a musician full time, so I just started writing the songs and saying what I wanted to say, singing them to get them out the way I wanted to hear then producing them. I didn’t realize musicians, pop stars, weren’t writing their music, so I was cranking them out, thinking that’s just what people did.

I wrote my debut album when I was 15/16 called Soho Lights. I formed a 3 piece band which I fronted called TAT, to play the songs live, and things took off from there, really. We were independent, but I was lucky to have 2 songs chart in the UK, and we toured like monsters. We got invited to play the Warped Tour in the US, which led to incredible tour opportunities, all sorts of deals and a wonderful career I’m super grateful for in the US and globally with TAT.

I was simultaneously writing and producing underground UK hip-hop, movie soundtracks, and combining all of my influences into a sound that ultimately became my own and what I am releasing now - except the acoustic EP course.

I took the time to follow my passion and evolution to where my ears and writing were taking me, and I ended up here. I decided to release this music under my own name Tatiana DeMaria because it was a different sound to TAT; I wanted to give it a clean slate and respect the TAT fans.

I’ve so far released music as a transition leading up to my record's full sound, which is coming very soon and scheduled for 2021. Preceded by this acoustic EP and a studio EP.

What musicians/singers influenced you the most?

TM: Man, they become so much a part of your life, your space. Top of mind now, I’d say The Clash, 2Pac, Timbaland, Nina Simone.

What is your songwriting process? Do the lyrics come first, or the music?

TM: It’s changed a little in time. I used to play the chords, and the music would spill out, melodies, words, everything. Most of Soho Lights was freestyled in that sense. I’d set up a recorder and catch the tunes.

As the styles and sounds have varied, my approach has with them, and it depends on the song.

I might stumble upon a line that works and sums up what I want to say and invariably becomes the chorus or hook, or I might find a riff I love and build around that, which was the case for my song “Road To Paradise.”

Sometimes producing and making a beat will spiral and flourish into a new idea, so I try to follow whatever my gut wants to do in the moment and see where it takes me on any given day. If I feel like making beats, cool, writing lyrics, cool, playing the guitar, whatever feels right and take it from there.

I’d say my favourite is when it all happens at the same time and comes out naturally.

What was the inspiration for your new EP, Acoustic Sessions: One?

TM: They’re all acoustic versions of studio singles I’ve released before, except for “Save Me”, which has never been released and is an acoustic song as is.

Between TAT and Tatiana DeMaria releases, I did a few acoustic tours which took on a life of their own. The acoustic versions and sound became something the fans started to expect from me and ask for, so it has now become a part of what I like to record and put out there.

Instead of just stripping these songs down, I wanted to give them their own life as acoustic songs and flesh them out a little to stand on their own. 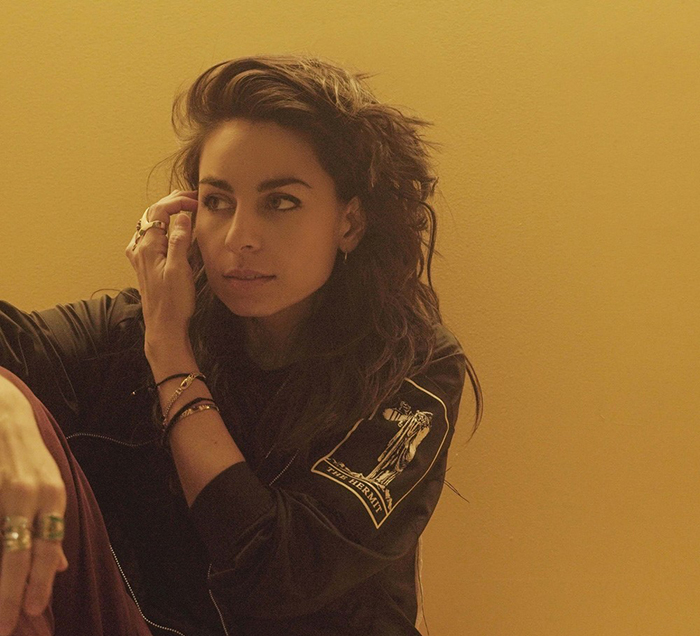 One of the songs is “Beirut Fire.” What’s it about?

TM: It’s a form of reluctant surrender to what life in Beirut is like. War and destruction always find their way back into this tiny sliver of land bordering some of the most contentious international relationships, where greed is disguised and draped in religion. Lebanon barely has a military. The main armed group there is Hezbollah, turning the land into a battleground for international agendas.

However, it is also one of the most magical places, with dancing as a bloodline, the sea, snowy mountains, incredible food, orange trees lining downtown Beirut's streets.

I feel extremely grateful to have grown up in and experienced it after 20 years of civil war as well, where the best of humanity comes out. 10 years of post-war, which felt safer, more uplifting, more togetherness than anywhere else I have lived or travelled to.

The exhaustion from fear and hate and the lust for life and bliss that followed are part of me I will never forget.

This new EP follows the recent release of American Pie Presents: Girls’ Rule, whereby you contributed 8 songs to the soundtrack and had a cameo in the movie. How was your experience on the film, and are there other film projects on the horizon?

TM: It was a great experience, thanks. I had worked with the director Mike Elliot before, whilst doing the soundtrack for Blue Crush 2. I love working with him and enjoyed digging into a new American Pie film after growing up on the first few.

It was fun to write and produce in many different styles, from 2010 dance-rock tracks to Trap, back round to covering Tom Petty’s “American Girl.” It was fun to shoot, great cast and crew, all round a great time.

There are more TV and film work in the works and something I continue to do when I have the time and find projects that align with me, so I’m looking forward to sharing when there’s more to announce.

Listen to Tatiana DeMaria - 'Acoustic Sessions: One' - BELOW: