On February 14th 2020, Montreal psych-pop group Elephant Stone will release their sixth full-length ‘Hollow’ via European label Fuzz Club. The album arrives following the band’s Burger Records-released 2016 LP, ‘Ship Of Fools’, and several recent side-projects and collaborations from band-leader and celebrated sitarist Rishi Dhir, who has lent his sitar magic to indie-rock icons (Beck) and legendary cult bands (The Brian Jonestown Massacre) alike. Some of those recent new projects include the Acid House Ragas project and his new band MIEN, with members of The Horrors and The Black Angels. In support of the album, Elephant Stone will head out on a lengthy Winter UK and Europe tour, which will include an album release show at London’s Moth Club on February 14th.

Detailing new album ‘Hollow’, Rishi says: “I’m sure I’m not alone in this sentiment. If social media has taught us anything, it’s that there are a lot of unhappy people out there who are trying to find a way out. They are looking for meaning and something to believe in… or nothing to believe in. We all want the same thing but are trying to achieve it in different ways. With this in mind, we wrote and recorded our 6th full-length, Hollow. I set forth writing a song-suite telling of a world of unhappy souls who have lost connection with each other.” The resulting album is an ambitious, dystopian sci-fi concept album which Rishi says is inspired by The Who’s ‘Tommy’, Pretty Things’ ‘S.F, Sorrow’ and the second side of The Beatles’ ‘Abbey Road’.

From Side A (‘The Ending’) though to Side B (‘The Beginning’), the story told through Elephant Stone’s renowned garage-psych alchemy takes place immediately after mankind’s catastrophic destruction of the Earth and what happens when the same elite responsible for the first world-destroying climate disaster touch down on New Earth, a recently-discover planet sold with the same life of prosperity as the one they’d just destroyed. As soon as the chosen few steps off the Harmonia ship built for the journey, it’s clear that all is not what it seems and humanity appears destined to make the same mistakes: “The storyline touches upon the plundering/poisoning of their home, the elite, demagogues, false idols, the truth as seen by children, and, ultimately, the fight for the survival of their species.” You can read Rishi’s track-by-track breakdown of the story here.

This new-found desire to explore new conceptual terrain isn’t just an inevitable extension of the band’s trademark psychedelic tendencies, though. It was also partially borne out of a tragic incident that occurred in November 2017, when a fire tore its way through Rishi and his family’s home – leaving them, much like the subjects of ‘Hollow’, feeling lost and displaced. Thankfully, no-one was injured in the blaze but the emotional toll for him and his family saw Rishi take some time out from Elephant Stone to recalibrate. A couple of years on and it’s clear that the experience courses through the veins of ‘Hollow’.

He reasons: “Reflecting on the past year, I saw the fire as the beginning of a new chapter in my life… What happens when you lose everything? Do you give up? Or do you pick yourself up and move on. I began drawing parallels between my life and the world. Where are we right now in the history of mankind? What will we do when we lose everything? Will we give up? Or will we do everything in our power to survive? This is where the storyline/song-suite for ‘Hollow’ came from.” Today, as the Anthropocene seems to be hurtling towards its devastating conclusion here on Earth, those lines of enquiry could not have come at a more apt time. And whether dealing in sprawling psychedelic pop or proggy Sabbath-infused garage-rock, Elephant Stone have carved out the perfect soundtrack for navigating this mess and imagining what might come next.

Debuting a decade ago, the psych-pop creation of Rishi Dhir, along with long-time collaborators Miles Dupire (drums) and Robbie MacArthur (guitar) and touring member Jason Kent (keys/guitar), have released five critically-acclaimed albums, toured extensively throughout North America and Europe, been nominated for the prestigious Polaris Music Prize and picked up praise from the likes of NPR, Brooklyn Vegan, Consequence of Sound, Rolling Stone and many more. This is the first Elephant Stone release that has been fully recorded and produced in Dhir’s Sacred Sounds recording studio, completely changing the band’s approach to making music. With a new sense of confidence in their production, there is truly nothing that can stop Elephant Stone from making music and giving it to the world. 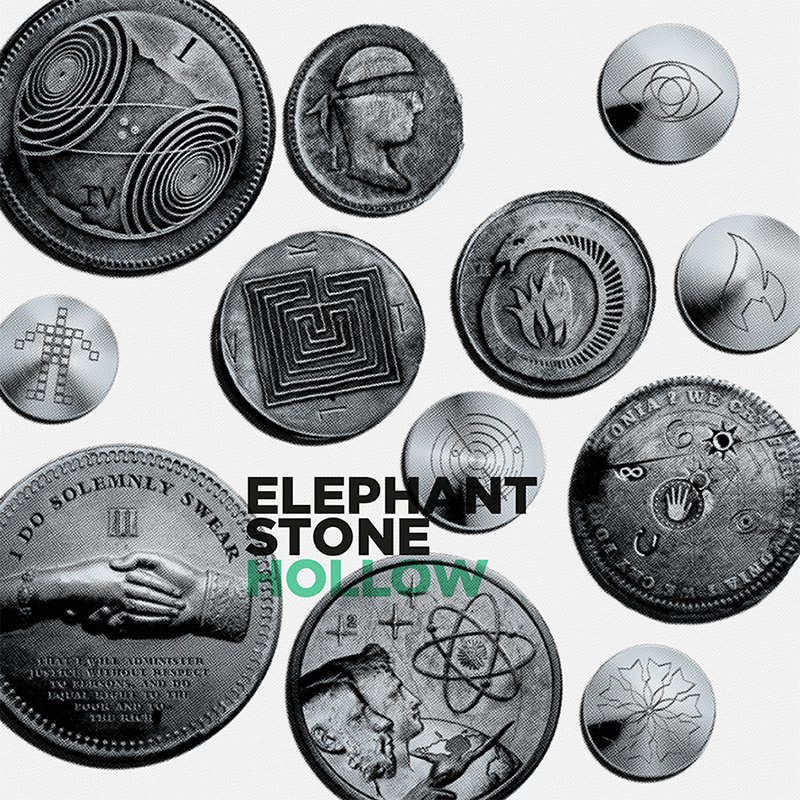 The Court and Jury

We Cry For Harmonia

Fox On The Run

Following an extensive tour of the US, Canada and Europe last year, Montreal, Canada-based psych-rock trio Elephant Stone are pleased to announce they will return to the UK for a week-long run of headline tour […]