elbow, who have released their eighth studio album, ‘Giants of All Sizes’, today, October 11th have announced UK and Europe tour dates for March and April of 2020.

The tour is elbow’s most comprehensive set of dates in some time, starting with three arena shows in the Netherlands, Belgium and Dublin before embarking on a series of theatre shows across the UK including a weekend residency in Manchester alongside further residencies in Leeds, Newcastle, Edinburgh, Glasgow, and London. The dates see a return to some towns last visited on the touring run for ‘The Seldom Seen Kid’ in October 2008 and follow a summer of festival headline slots and last year’s sold-out arena tour in support of 2017’s ‘Best Of’ album release.

Check out the XS Noize review of ‘Giants of All Sizes’ here. 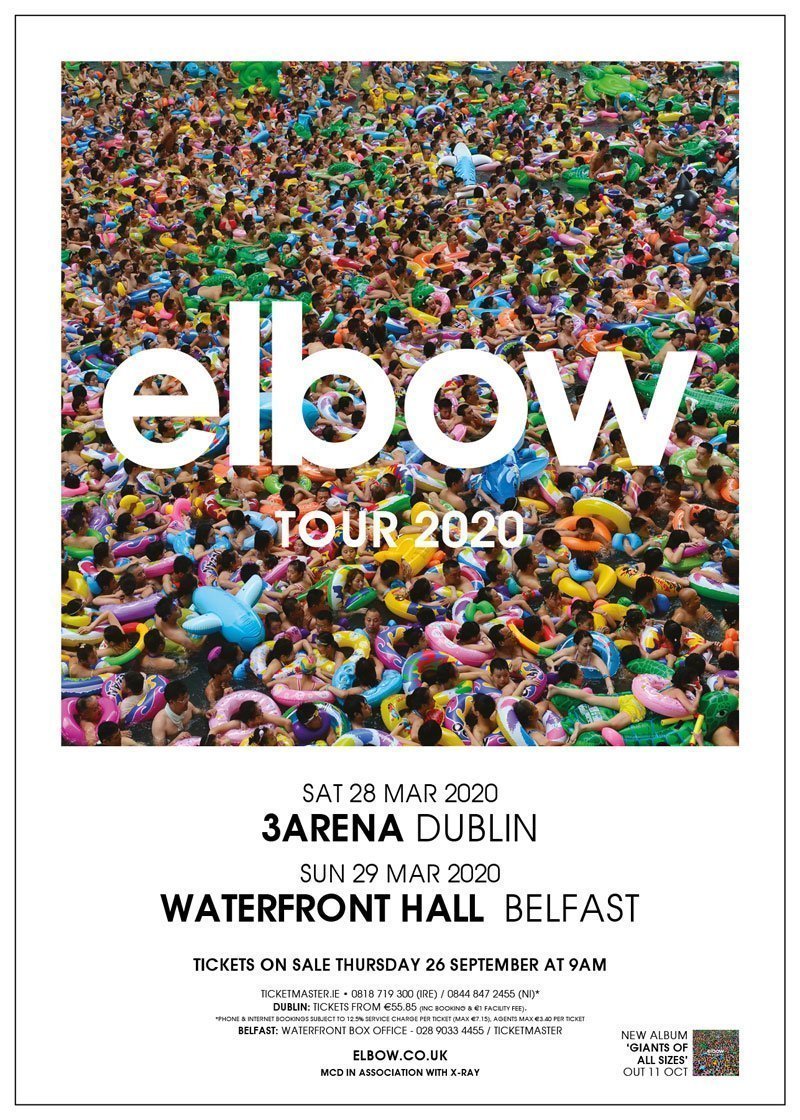 Tickets on sale now. Full dates are as follows:

Tickets for the Waterfront Hall are available:

Tickets on sale NOW via www.elbow.co.uk

Following his SOLD OUT CHSq show earlier this year Belsonic are proud to announce UK singer~songwriter sensation George Ezra will return to Belfast at Belsonic on SATURDAY JUNE 22ND 2019. Staying At Tamara’s is George’s […]

US rock legends ALICE IN CHAINS are pleased to announce a headline show at The Telegraph Building, Belfast on Tuesday 21st May 2019. ALICE IN CHAINS remains one of the most successful and influential American […]

Having wowed fans and media alike with recent single releases Why Wait and Solitary, fast emerging singer-songwriter Lilla Vargen is delighted to announce that she will be joining Dermot Kennedy as direct support on his […]