DMA’S second album FOR NOW found the Sydney trio’s fan base swell with a rush of new devotees. It earned three ARIA Music Award nominations for Best Group, Best Rock Album and Best Independent Release, while their growing status in the UK saw it reach #13 on the official album chart.

Now the band are set to release the MTV UNPLUGGED LIVE album on 14 June. It was recorded at Melbourne’s intimate Memo Music Hall last October, with DMA’S becoming one of the first Australian bands to play the iconic MTV Unplugged session. It’s a format steeped in history following classic sets from the likes of Nirvana, Oasis and R.E.M.

“It was the most fun I’ve had in a while, just rearranging the songs and hearing them in a different light,” says Johnny Took. “To be able to do this was a bit of a dream come true.”

Renowned for their ragged, anthemic energy inspired by the Britpop and Manchester scenes, MTV UNPLUGGED LIVE finds DMA’S stripping their songbook back to basics. Focusing on acoustic guitar, piano, violin and cello, these new arrangements unveil fresh new perspectives to the songs. Some now carry a folk vibe while others hone in on the poignancy of the band’s lyrics.

The set makes an immediate statement with FEELS LIKE 37, which substitutes its rush of spiky melody with a more reflective atmosphere. Numerous fan favourites such as STEP UP THE MORPHINE, IN THE AIR and LAY DOWN resonate in their new form, while the album also features their previously unreleased, violin-driven take on the Madonna classic BEAUTIFUL STRANGER.

The MTV UNPLUGGED LIVE album has been launched with the emotionally-charged acoustic version of THE END. This was the band’s first live performance of the song, which has since become a staple of their live sets. The original studio version has recently been added to the Radio X daytime list and to the Absolute Radio C-list.

The album is now available to pre-order from https://dmas.lnk.to/MTVPR with THE END provided as an instant download. It will be released on double 180-gram vinyl, CD and digital formats. 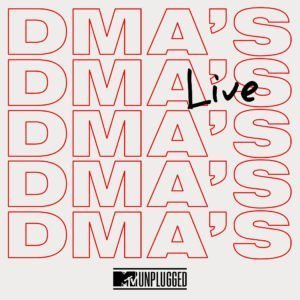 Following their current sold out UK tour, DMA’S will return to the UK in the summer to play a number of key festivals, as follows:

DMA’S have today announced Australian Bushfire Relief Benefit show at The University Of London Union on 5th March with all proceeds going to Wildlife Victoria www.wildlifevictoria.org.au/. Tickets for the ULU gig can be bought 9...

DMA’S have today revealed full details of their forthcoming 3rd studio album ‘THE GLOW’. It was recorded and mixed by multiple Grammy winner Stuart Price (The Killers, Madonna, New Order) in between Westlake Studios in...

DMA'S are back with a new track, it's an absolute anthem and has the excitement and stadium-like sound the band is known for. Their debut album Hill's End was released in 2016 via Mom+Pop Music...