Over the course of their extraordinarily accomplished discography to date, Django Django have constantly headed left where others have gone right. Described by The Guardian as “capable of making music that sounds close to perfection”, they are known for their genre-defying eclectic sound and their new album “Glowing in the Dark” heralds, once again, the beginning of a thrilling new era for the band.

Glowing in the Dark has a running theme of escape: from despair, from constraints, from small-town life, and even, in dreams, from the Earth. The brilliant title track and new single, for instance, soars gloriously towards the stratosphere. A track built around a sample from one of Dave Maclean’s spoken word records then plushly upholstered with Moog synths and drum loops, it is accompanied by some eye strobing visuals from rapidly ascending NYC artist and illustrator Braulio Amado.

Amado, who has done incredible work for Roisin Murphy, The New York Times and many more made the video at the height of lockdown, directing lead singer Vincent Neff remotely. It is an incredible example of amazing art that could only have been made under such constraints. Neff explains: “He gave me some loose directions of what he wanted me to do via email. Then me and my brother in law got a tripod, my phone and a speaker and went to a deserted industrial estate around the back of my house and shot a bunch of stuff then turned the footage over to Braulio. We love what he's done with it and how the energy and vibe of the visuals really lock with the track.”

Amado on the video: ”I didn't want to be literal and do something *glowing in the dark*, so in my head, the video is somewhat an abstract representation of the song title without being too obvious. I wanted it to feel organic, I wanted it to feel trippy, vibrant and colourful. This was done during the pandemic, with Vinny shooting himself on a green screen at home with his iPhone, so I just wanted to take him out of the weird world and time we are all living through right now and transport him to a more fun place far away from here.”

Listen to 'Glowing In The Dark' - BELOW:

Elsewhere on the album, previous single ‘Spirals’ begins on elegant circling synths that grow into a never-more-relevant anthem to hope, using the image of DNA to muse on “the connections we have as humans being stronger than the divisions.” The miniature road movie “Waking Up”, meanwhile, with its hints of T Rex and Serge Gainsbourg’s “Bonnie and Clyde” might be mainly acoustic and softly sung but it rockets along with breathless anticipation, the addition of Gainsbourg’s daughter Charlotte on vocals adding extra glamour. While “Free From Gravity” might be the most complete expression of the bands influences coming together, with beautiful cascading bleep melodies and strings wrapping around the funkiest stop-start drum machine and a relentlessly infectious bassline to perfectly embody the bittersweet theme of yearning to “escape everything that's weighing you down”.

It’s a glorious move forward, infused with the kind of freshness and confidence that comes hand in hand with a newfound optimism.

Glowing In The Dark will be released via Because Music / Caroline Australia on 12th February 2021 on vinyl and digital download/streaming on all usual platforms. 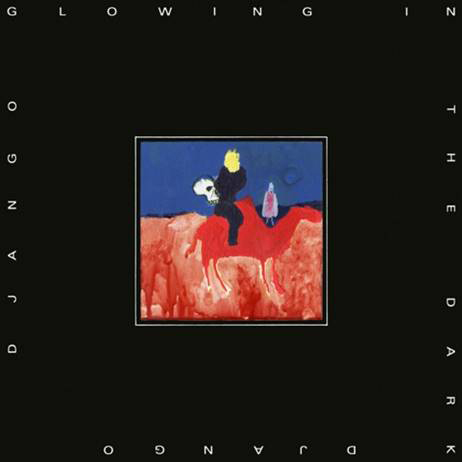 “Glowing In The Dark” tracklist:

Spirals
Right The Wrongs
Got Me Worried
Waking Up (feat. Charlotte Gainsbourg)
Free From Gravity
Headrush
The Ark
Night Of The Buffalo
The World Will Turn
Kick The Devil Out
Glowing In The Dark
Hold Fast
Asking For More

On December 18th 2020, Hot Chip and Friends will go “Straight To The Morning” with one long B2B DJ set in support of Crisis, the national charity for people who are homeless. The stream will...

Welcome to the September 2018 edition of our monthly new music playlist, which is available to listen to and watch via YouTube. If you enjoy any of the songs featured here, we encourage you to...

As we get closer to the release of DJANGO DJANGO's highly anticipated fourth album, ‘Glowing in the Dark’ (12 Feb), the band release "Free From Gravity", the third single in the album campaign. Following on...