In more record-breaking news this week, Dermot Kennedy has replaced himself at #1 in the Official Irish Singles Chart with ‘Giants’ overtaking ‘Paradise’. This makes him the fifth act ever to replace themselves at #1 – following Pharrell (2013), Justin Bieber (2015), Ed Sheeran (2017) and Ariana Grande (2019).

Since the release of his stunning 2017 EP ‘Doves and Ravens’, Dermot Kennedy's globetrotting career has gone from strength to strength. He reached the #1 spot in the UK and Irish Official Album Charts with debut album ‘Without Fear', achieved multi-platinum status with hit top 10 single ‘Outnumbered’ as well as the top 20 with singles ‘Power Over Me’ and recent hit ‘Giants’. His streaming numbers continue to rocket, with over 1.5 billion reached globally across all platforms.

From booking his own gigs in Dublin and London very early on, his live shows are now a worldwide phenomenon, selling out arenas and headlining major festivals across the globe. He has appeared on The Graham Norton and Jonathan Ross Shows in the UK as well as several major US shows including The Ellen Show, The Late Show with Stephen Colbert and Jimmy Kimmel Live.

In 2020 Dermot was nominated in the ‘Best International Male’ category at the BRIT Awards and in July of the same year hosted ‘Some Summer Night’ at The Natural History Museum in London. - one of the biggest selling live-streamed shows ever, with over 30,000 tickets purchased.

2021 sees Dermot set to perform his biggest sold-out shows to date, including two nights at London’s Alexandra Palace, seven huge outdoor concerts across Ireland and a night at the legendary Red Rocks Amphitheatre in Colorado, USA. 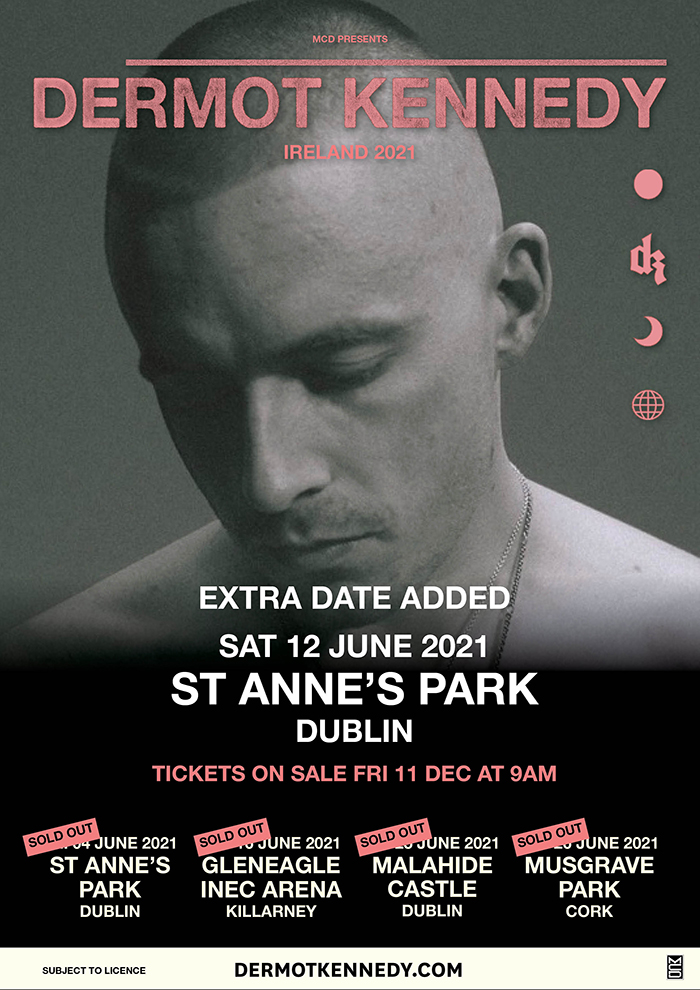 Royal Blood have just announced their biggest Irish headline show to date with a performance at 3Arena, Dublin on Sunday November 26th. After becoming the biggest breaking British rock band with their self-titled 2014 debut...

Today XS Noize is very excited to premiere the video for 'Oh, La' from Dublin's alternative rock four-piece MYTH.  Drummer Tiarnán explains: The theme of 'Oh, La' is about living with anxiety and depression and...