Country superstar Brett Eldredge has announced UK tour dates, which includes a show at the Ulster Hall, Belfast on Tuesday 3 May 2022. Tickets are on sale this Friday, 18 June at: www.ulsterhall.co.uk and www.ticketmaster.ie

Award-winning, platinum-selling country music star Brett Eldredge is returning to the UK for a run of headline dates including Glasgow, Leeds, Birmingham, Manchester, London and the Ulster Hall, Belfast.

The Good Day Tour will feature songs from his critically acclaimed recent album Sunday Drive, as well as fan favourites from his previous albums, which include #1 smash songs like Don’t Ya, Beat of the Music, Wanna Be That Song, Love Someone and more.

Eldredge is playing outdoor festivals and a 21-date US city tour this year before the UK and Europe dates in 2022.

“We’re gonna show the world what it feels like to be alive again, and I’m gonna kiss that stage when I walk on it every night because there’s nothing like it and I’ll never let it go,” said Eldredge “See you on the road!”

Tickets are on sale this Friday, 18 June via: www.ulsterhall.co.uk and www.ticketmaster.ie 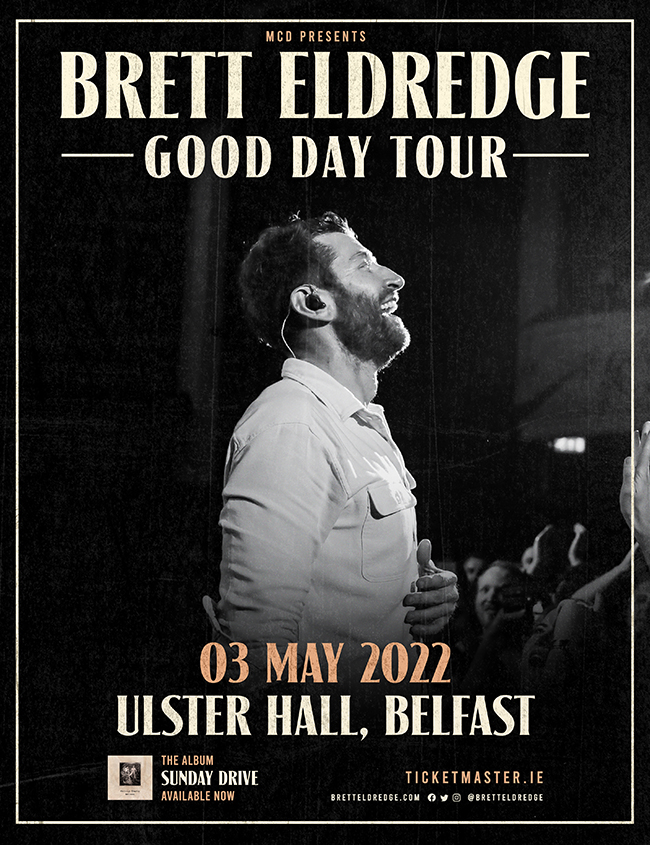 Chris Rea will play the Waterfront, Belfast on 7th December 2017, as part of a European tour, to celebrate the release of his new album, ‘Road Songs for Lovers’. The album will be released on...

Following the massively successful global tour of 2016-17 in support of their 16th studio album The Book Of Souls IRON MAIDEN will take to the road again in 2018 with a series of arena and...