Colin Macleod lives an intriguing dual existence. His 2018 debut album ‘Bloodlines’ earned widespread critical acclaim, leading to shows with Roger Waters and Robert Plant as well as a performance on The Late Late Show with James Corden. But more commonly you’ll find him at home on the Isle of Lewis, where he raises a flock of sheep and grows vegetables on a croft.

Naturally, tradition, community and the rugged ways of island life all soaks into his new album ‘Hold Fast’, which will be released on January 29th under a new deal with SO Recordings.

From the plangent, spacious Americana of the string-laden opener ‘Queen of the Highland’ to his heartfelt love letter to home ‘This Old Place’, ‘Hold Fast’ tells the tale of a man returning to the island where he was born after trying to make it in the world. Contrasting parts — Springsteen-style widescreen rock on ‘The Long Road’ and ‘Sleep’, introspective acoustic folk on ‘Made of Stone’ and ‘33’ — contribute to a poignant whole. And although it may sound like a story culled from Macleod’s own experience, being a singer-songwriter who indeed left his tight-knit island community in search of glory, it is a work of fiction. It just happens to be fiction embedded in truth.

“When we were teenagers, we used to play covers in the pub,” says Macleod. “When you do that every night you see all these stories unfolding before you, and that made me think about a guy who leaves the island to seek his fortune before things go wrong, as they so often do. He returns to the island, down on his luck, and as we move through the songs he has an epiphany about what life is really about. It is one step removed from events that actually happened.”

The album’s first single ‘Old Soul’ is a sweet country/Americana song about feeling you have been born in the wrong time; something close to Macleod’s heart. “I used to spend a lot of time with my uncle, who was 40 years older than me. He talked about the Island of Lewis in the 30s and 40s and how his first job on leaving school was ploughing a field. And I remember thinking: I would have loved that.”

‘Old Soul’ features Sheryl Crow, who has remained supportive of Macleod’s talents since they toured together in 2018. The pair’s sumptuous vocal harmonies also shine on ‘33’, a plaintive exploration of how the perceptions of ambition, reality and growing old meander as the years pass. It’s a song which ties into the album’s overriding theme: be thankful for what you’ve got.

Elsewhere, highlights include ‘Warning Signs’, a pop-rock belter that reflects on the excesses of the night before, and the driving folk-rock of the escapist ‘Runaway’. And by the time ‘This Old Place’ closes the album, Macleod has told an evergreen story of a man going out into the world, only to realise he has all he needs in front of him.

Colin Macleod first left the island in 2009. He was spotted playing a gig in an Aberdeen pub by an A&R from Universal, which culminated in the release of the ‘Fireplace’ album under the moniker The Boy Who Trapped The Sun in 2010. Homesick and burned out by the experience, he returned to the island and eventually had a realisation: stories of life in this remote part of the world gave him something fascinating and unique to write about. It was a style that resonated throughout the ‘Bloodlines’ album. 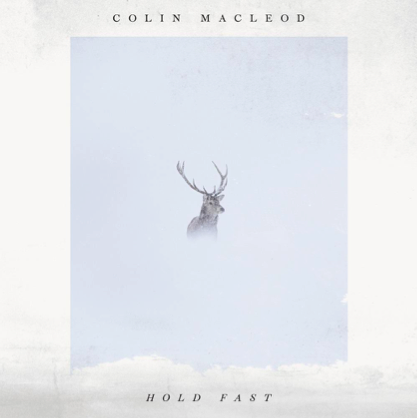 Reef’s first studio album since 2000’s ‘Getaway’, the bracingly thrilling ‘Revelation’ is what its title promises: an ear-tingling, heart-stirring, head-spinning comeback record that is less the sound of a group reborn than one born for […]

Reef have unveiled the video for their Radio 2 playlisted new single ‘My Sweet Love”, which features a guest vocal from Sheryl Crow. ‘My Sweet Love’ is taken from ‘Revelation’, Reef’s first new studio album […]