In a return to making music that simply felt good, Nick Murphy revived his acclaimed Chet Faker project in October 2020 after a six-year hiatus. The culminating result is Hotel Surrender: a self-produced, self-written 10-track LP that reintroduces the swaggering basslines and electrifying melodies that made fans fall in love with Chet Faker the world over. As the journey continues in 2021 with Hotel Surrender, sink into “Whatever Tomorrow” as another rejuvenating slice from the acclaimed project’s revival.

Murphy on the album: “There were a lot of heavy perspective shifters for me,” he recalls. “I really just thought of the music in a different light. I look at it as a mass therapy now. I think I used to see it as this plight, like I was on a crusade or this creative odyssey. Now I see that it’s more Shamanistic. You’ve got to find some light—or sometimes dark, whatever’s right—and share it. I realized that was the heart of the Chet Faker project. And I felt like the world was hurting, so I thought, ‘I can do a small something to give people some joy.”

Ahead of the album’s release, “Whatever Tomorrow” is the latest Chet Faker single, available today with an accompanying video. In a similar vein to the revived project’s single predecessors, “Low” and “Get High”, “Whatever Tomorrow” is a continuation of soul derived movements that flow effortlessly from Murphy. After a year of uncertainty amid the COVID-19 pandemic, he addresses our future’s ambivalence head-on. From a spoken-word intro to the slow, punchy production and unmistakable crooning vocals, the track is Chet Faker DNA through and through. As an acceptance of surrender to the future, the visuals mirror these themes with Murphy appearing from a grainy technicolour TV set that could be an intergalactic setting.

Murphy says on “Whatever Tomorrow”: “It’s a rebellion to this idea that you have to wait for the things you need. It felt like we were being sold tomorrow and we were paying for today. I was saying, ‘Fuck your tomorrow, we deserve our lives now.’”

Watch 'Whatever Tomorrow' - BELOW:

Signing to BMG last year, Melbourne-raised, New-York based Murphy shared “Low” as the first Chet Faker release since 2015. The soothing track led to a sophomore live appearance on NBC’s The Ellen DeGeneres Show, and a #70 triple j Hottest 100 spot, reaffirming an artistry and vision that is both vulnerable and emotionally connecting. Murphy’s follow-up single, “Get High” further contributed to the artist project, which sits at over a billion combined streams. To date, both singles have racked up over 11 million streams on Spotify alone, landed hundreds of placements on prominent playlists across Apple Music, Spotify and Amazon Music, and drawn widespread attention from around the globe including the likes of Rolling Stone, Hypebeast, NME, Uproxx, Consequence of Sound and more. 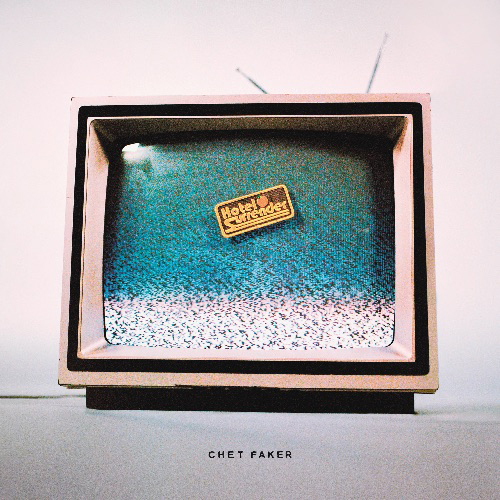 Murphy's Chet Faker project first appeared in 2012 with the Thinking in Textures EP, winning him Breakthrough Artist of the Year and Best Independent Single/EP at the AIR Awards. The next year, his Hype Machine topping cover of Blackstreet’s “No Diggity” gained momentous adoration from a 2013 Super Bowl commercial. Before long, the 2014 debut Chet Faker studio album Built on Glass debuted at number one on the Australian ARIA Charts, and appeared three times in the top ten of triple j’s Hottest 100, taking out the top spot for “Talk Is Cheap”. The self-produced, the solo-written album would go on to receive platinum certification, and earn five ARIA-Awards recognising Best Male Artist, Best Independent Release, Best Cover Artist, Engineer of the Year and Producer of the Year.

In 2016, Nick Murphy revealed his follow-up output would sit under his own name, under which he has since released the 2017 EP Missing Link, 2019’s studio album of strikingly mutated electronic and pop grooves, Run Fast Sleep Naked and the sublime instrumental record Music For Silence in March 2020, an ambient collection first premiered on the meditation and sleep-devoted app, Calm.