‘Not Your Muse’ features twelve songs, including nine brand new tracks alongside acclaimed singles ‘Strange’, ‘A Little Love’ and ‘Stop This Flame’ (the theme song to Sky Sports Premiere League).

“’ Not Your Muse’ is the power I found when I felt powerless...In making this album I have allowed myself to arrive at a place where I feel empowered, fiercely wide-eyed and fulfilled. I'm very proud of what I've achieved on my debut album and to be in this position, after the year that has been, I feel nothing but gratitude and excitement. I hope you enjoy it…” Celeste (December 2020)

The announcement completes what has been a remarkable year for 2020’s breakthrough artist, who achieved the double win of BBC Sound of 2020 and the BRITS Rising Star award. Celeste’s spell-binding performance of ‘Strange’ at The BRITS in February placed her firmly in the global spotlight, winning her a legion of new fans blown away by its raw intimacy.

While the ensuing pandemic put paid to all touring and festival plans, the British-Jamaican soul singer and songwriter released a string of captivating songs - the sentiments of which resonate in these uncertain times - including ‘Hear My Voice’ was co-written with Golden Globe®-nominated composer Daniel Pemberton and is the focus track of the Netflix film The Trial of the Chicago 7, written and directed by Academy Award®-winning filmmaker Aaron Sorkin.

‘Hear My Voice’ is tipped as an Oscars contender for Best Original Song at the Academy Awards next year. New song ‘A Little Love’, which was written and recorded for the John Lewis and Waitrose Christmas advertising campaign, has been widely praised as a Christmas classic in the making. She is the first artist to be commissioned to write and perform an original song for the ad, marking another milestone in her unparalleled ascent.

Further accolades were bestowed on Celeste with two big announcements last week; YouTube Music named her as the next talent in their Artist On The Rise series, which celebrates and supports the most exciting new artists in the UK, then Disney Pixar announced that she lends her vocals to the end credit vocal, ‘It’s Alright’, on the Pixar ‘must-see’ film, SOUL. With her phenomenal debut album ‘Not Your Muse’ now confirmed for a February release, next year looks set to belong to Celeste too. 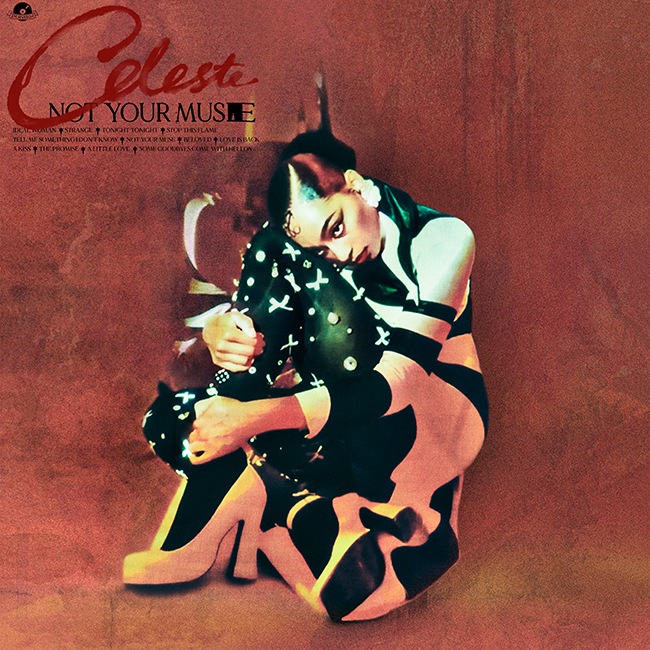 The tracklisting for ‘Not Your Muse’ is: