Primal Scream frontman Bobby Gillespie has teamed up with solo artist and Savages vocalist Jehnny Beth to release the album ‘Utopian Ashes’ on July 2nd. Previewed today by the lead single ‘Remember We Were Lovers’, the collection explores the loss, miscommunication and emotional inarticulacy that a married couple experience as they realise that their relationship is breaking down.

‘Utopian Ashes’ draws on the tradition of country soul classics, such as Gram Parsons and Emmylou Harris’s ‘Grievous Angel’ and George Jones and Tammy Wynette’s ‘We Go Together’, to deal with the heavy realities of love turning sour. It’s an album for people who have dealt with the inevitable sadness that comes with age and acknowledged the realities of life. There is no sweetening of the pill, but it does achieve what should be the goal of all good art: to make us feel less alone. And while it’s not autobiographical, it channels heartfelt truth from the songwriters’ own experiences.

“In the same way you create characters for a novel, we’ve created characters here,” says Jehnny Beth. “But you put yourself in it, because you’re trying to understand the human situation. The singing has to be authentic. That’s all that matters.”

“When you write a song you marry the personal with the fictional and make art,” adds Gillespie. “I was thinking about two people living alone, together but apart, existing and suffering in a psychic malaise, who plough on because of responsibilities and commitments. It’s about the impermanence of everything — an existential fact that everyone has to face at some point in their lives.”

They first met in 2015, when they were both invited to perform with Suicide at the Barbican. The following summer she joined Primal Scream on stage for a duet of Nancy Sinatra and Lee Hazlewood’s ‘Some Velvet Morning’, which cemented their connection. In 2017, they convened in Paris for sessions, accompanied by Beth’s musical partner Johnny Hostile and the rest of Primal Scream. Their initial electronic-focused ideas gradually evolved into a richer tapestry of soul, country, blues and rock ‘n’ roll.

‘Remember We Were Lovers’ provides the first taste of what to expect from the album, with Gillespie and Jehnny Beth’semotionally resonant vocals expressing desperately disparate views as their relationship flounders. The official video was directed by Douglas Hart (The Horrors, Paul Weller) and can be seen BELOW.

Gillespie explains, ‘I wanted to put pain back into music. I wasn’t hearing a lot of it in modern rock music”.

The pain of trying to make something beautiful flourish in a bleak environment is palpable throughout. It feels beyond repair in the southern soul of opener ‘Chase It Down’, while the Scott Walker-like waltz of ‘English Town’ shows that the world outside their door is just as bleak as the relationship itself. But there’s a redemptive arc to the story, notably with the elegant ‘You Can Trust Me Now’, in which the male protagonist vows to leave his vices in the past. 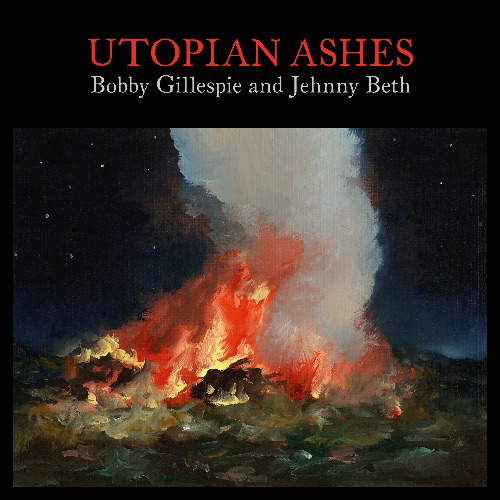 ‘Utopian Ashes’ tracklist:
‘Chase It Down’
‘English Town’
‘Remember We Were Lovers’
‘You Heart Will Always Be Broken’
‘Stones of Silence’
‘You Don’t Know What Love Is’
‘Self-Crowned King of Nothingness’
‘You Can Trust Me Now’
‘Living A Lie’
‘Sunk In Reverie’

Today, songwriter, singer, and author Jehnny Beth releases her debut solo album, a sonic tour de force entitled To Love Is To Live. The record was recorded in Los Angeles, London, and Paris, and features...

July 2022 will see Primal Scream play their first headline shows since December 2019. And how better to mark their return than playing their classic ‘Screamadelica’ album in full? Completed by a selection of greatest...