Next month, Big Thief will release Dragon New Warm Mountain I Believe In You, the group’s new 20-track double album. Ahead of its release, they’ve set the bar high with a string of singles, and today’s ‘Simulation Swarm’ is another powerhouse track. This previously unreleased track has been a staple and fan favourite of the band’s live shows.

Dragon New Warm Mountain I Believe in You is a sprawling double-LP exploring the deepest elements and possibilities of Big Thief. To truly dig into all that the music of Adrianne Lenker, Max Oleartchik, Buck Meek, and James Krivchenia desired in 2020, the band decided to write and record a rambling account of growth as individuals, musicians, and chosen family over 4 distinct recording sessions. In Upstate New York, Topanga Canyon, The Rocky Mountains, and Tucson, Arizona, Big Thief spent 5 months in the creation and came out with 45 completed songs.

The most resonant of this material was edited down into the 20 tracks that make up DNWMIBIY, a fluid and adventurous listen. The album was produced by drummer James Krivchenia who initially pitched the recording concept for DNWMIBIY back in late 2019 with the goal of encapsulating the many different aspects of Adrianne’s songwriting and the band onto a single record.

The attempt to capture something deeper, wider, and full of mystery, points to the inherent spirit of Big Thief. Traces of this open-hearted, non-dogmatic faith can be felt through previous albums, but here on Dragon New Warm Mountain I Believe In You lives the strongest testament to its existence.

Listen to ‘Simulation Swarm’ - BELOW:

In support of Dragon New Warm Mountain I Believe In You, Big Thief will tour the UK, US and Europe this year. Due to unprecedented demand, the band will be extending their London residency at the O2 Shepherd’s Bush Empire show with a fourth date added to three existing sold-out nights. A full list of tour dates can be found below. 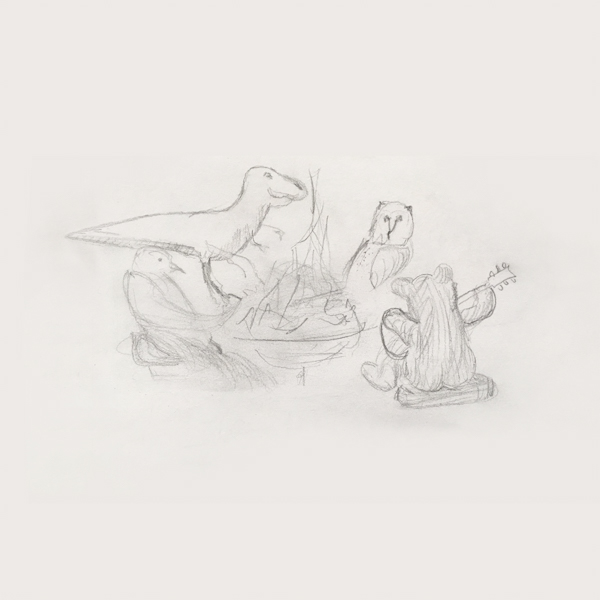 Today, Big Thief share ‘Century’, the third single from their forthcoming album U.F.O.F. (out this Friday). Following ‘Cattails’ and ‘UFOF’, ‘Century’ finds the band at the height of their powers as musicians, with bassist Max...

Today, Big Thief share a live performance from last year’s Pitchfork Music Festival of their song ‘Orange’, the most intimate and exposed song on their critically-acclaimed new album U.F.O.F. There is perhaps no greater example of singer Adrianne Lenker’s...