Ben Harper has revealed the final preview of his new album ‘Winter Is For Lovers’ before its 23rd October release (ANTI-Records). The album is Harper’s first-ever entirely instrumental project, and in many ways, his entire musical life has culminated in this moment: a 15-song solo recording of original compositions imagined as a symphony on his lap steel guitar.

The songs on ‘Winter Is For Lovers’ are named after the geographic locations that, over the years, helped to inspire the record, with the closing track “Paris” capturing the solitude of a wistful afternoon with the soft, meditative slide of Harper’s lap steel guitar. Says Harper: “I’ve done a lot of writing in Paris over the years, and it’s my attempt at a musical description of experiencing a walk through a park in Paris.”

Harper has pushed musical boundaries since his 1994 debut and his lap steel guitar has played a tremendous role in his distinct sound throughout his career. But he’s never made an album that so purely distils his reverence for the instrument and his mastery of it. ‘Winter Is For Lovers’ is filled with the music Harper heard growing up, listening to the blues, Hawaiian and classical guitar masters in his mother’s record collection. He gravitated early on to the distinct wail of the slide guitar, learning fingerpicking from the great Taj Mahal and later studying with Chris Darrow of Nitty Gritty Dirt Band – a lap steel virtuoso who had a major influence on Harper’s lifelong embrace of the instrument.

Watch the video for ‘Paris’ – BELOW:

Previously released singles include ‘London’ and ‘Inland Empire’, which was covered by Rolling Stone, SPIN, Paste and others.

This week Harper also appeared on WNYC’s Soundcheck program to perform three selections from the forthcoming album and discuss its origins. He is also on the September cover of Relix Magazine, alongside Rhiannon Giddens (they released a recording of Nick Drake’s “Black Eyed Dog” in July), released the single “Don’t Let Me Disappear” in May and earlier in September appeared with Ziggy Marley on The Today Show and The Late Late Show with James Corden to perform “Play With Sky.” 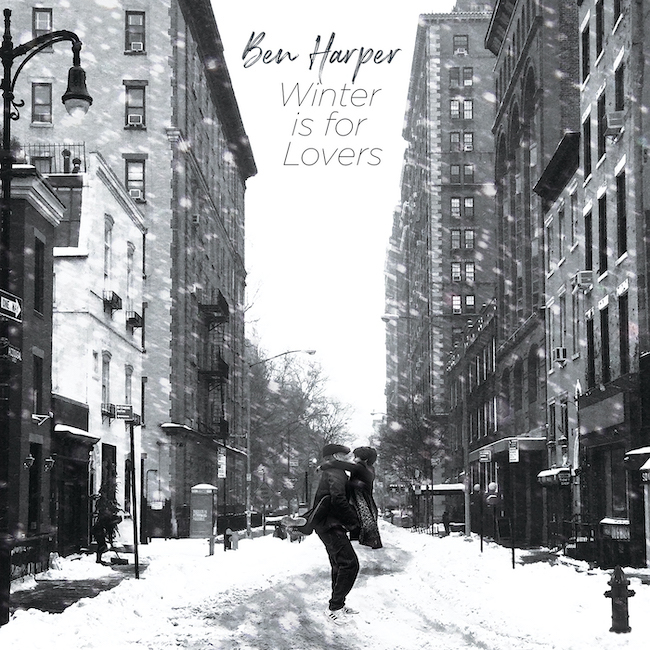 ‘Winter Is For Lovers’ tracklisting:

Last summer Harper released the single “Uneven Days”, a track that also dealt with difficult emotions. “‘Uneven Days’ attempts to explore the depths of how dependent we can become on other people for our own […]