Bastille’s highly-anticipated third album Doom Days charts the course of a big night out, in search of distraction from the surrounding apocalypse. On release day, the band will invite fans to escape the outside world and step into a fully-immersive experience at a unique and innovative album launch event, “Still Avoiding Tomorrow”.

Taking place at London’s 9294 Studio in Hackney and supported by YouTube Music, author and playwright Charlotte Bogard Macleod has fused 3D sound and storytelling inspired by the new album, to create a special immersive theatrical experience. Three intriguing stories intertwine and fans will select which character’s story to follow – using headphones - while Doom Days scenarios are acted out around them.

The crowd will then join the band for a journey through the Doom Days album as they play the record live, in its entirety for the very first time, which will be streamed globally on YouTube.

The band recently announced a series of club shows, entitled The Doom Days Club Tour which sold out instantly. The shows will give fans the opportunity to hear the record played live in its entirety in far-reaching corners of the UK away from the traditional touring route in December.

Doom Days finds Bastille at their most lyrically provocative, most accomplished, and most vital. It taps into global anxieties whilst also working on a much more intimate level, celebrating real human connections and urges us to keep searching for moments of elation. It’s an album that starts in the middle of an Uber ride through the city streets and ends waking on the kitchen floor with the healing sounds of euphoric new single Joy.

Over the course of nearly a decade together, Bastille’s unique sound - that cinematic, melancholic pop that masks the bleak realities reflected in their lyrics - has connected with audiences across the globe like no other British band in recent memory. Having sold over 8 million albums and with accumulated global streams reaching over 6.5 billion, the band continue to be one of Spotify’s top 40 most listened to artists in the world. Their previous albums both debuted at No.1 in the U.K. and charted top 10 in the U.S 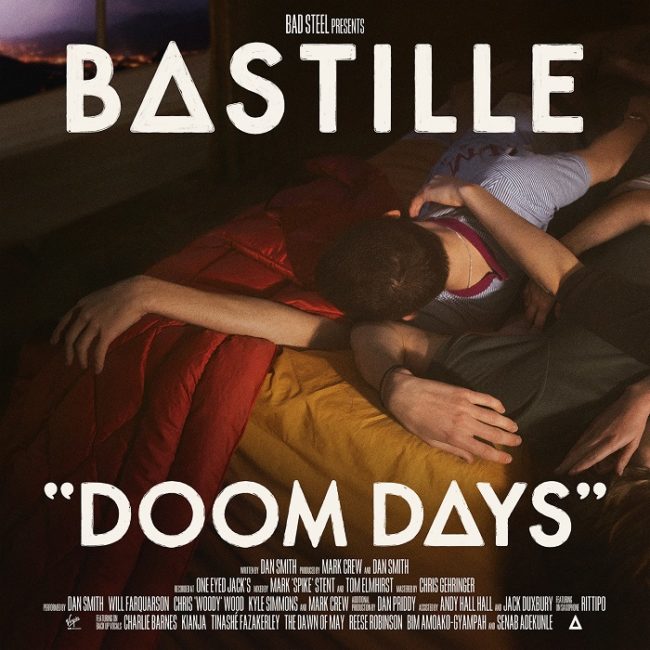 2019 has been an incredible year for music, with releases from legendary artist's including The Who, Northern Ireland's very own Snow Patrol and Liam Gallagher. But it's not all been about the Legends making a...