Another Sky have released ‘All Ends’, taken from their upcoming debut album ‘I Slept On The Floor’, due for release on 7th August via Fiction Records.

Vocalist and lyricist Catrin Vincent had to say on the track

“We wrote All Ends in a dark place. As a kid, I was bullied, so I moved to London to try and prove everyone wrong. In London, I saw a mural on a wall that said “we are only individuals in the context of each other” and realised my whole worldview had to change.”

Since the release of their debut single in 2018, Another Sky have flawlessly merged hard-hitting, difficult topics with unparalleled cinematic sounds. Catrin Vincent’s poetic rage has been titular in Another Sky’s story, grappling with the topics of toxic relationships, childhood trauma, systematic elitism, Brexit Britain, the rise of Donald Trump and much more. However, the band’s debut album is never didactic; it’s more of a personal diary, with a tentatively hopeful outlook.

The band recently announced a headline show in London at EartH for 11th November 2020, as part of their already announced run of UK dates through November and December. Tickets are on sale now.

A statement from Catrin on “I Slept On The Floor”:

“People say I sound like a man. Maybe that means they’ll listen.

‘I Slept On The Floor’ is an amalgamation of the ever-shifting life I have shared with Another Sky over the last six years, searching for resolution between my hometown-self and the self a new city brought me. It was why in 2017, at St. Pancras Church, Another Sky performed in the dark as silhouettes, big illuminated circles behind each of us.

People left asking if the singer was a woman or a man. I wanted to ask why it mattered. I wanted the band to be a mirror, reflecting the darkness back at itself. I thought I had found myself in that darkness.

I grew up in a white picket fence town with a fear of beds, preferring to sleep on the floors of bathrooms in case I got sick at night. My anxiety was so suppressed, so unacknowledged by my environment that my body broke to get my attention. I became very unwell. My body tried to tell me, “you can’t mould yourself into their ideal,” but I didn’t know there was an alternative. I was malleable soil instead, filling a vase, growing into a shape I couldn’t see.

You can’t see the walls around you if they look like the edges of the Universe. In 2013, I moved to London and thought I’d found a bigger, better vase. Suddenly I was exploding into a world of a million possibilities, but rather than finding myself bursting at the seams, I couldn’t find the edges of myself at all.

Just as my hometown had shaped me, so did London begin to. Among the rising rents and an increasingly hostile political landscape, the pressure to define my limits grew. The world didn’t stop breaking me down just because I had moved on from the confines of my childhood.

I Slept On The Floor documents the childhood rejection we carry with us into adulthood. This album is about only understanding a place once you’ve left it.” 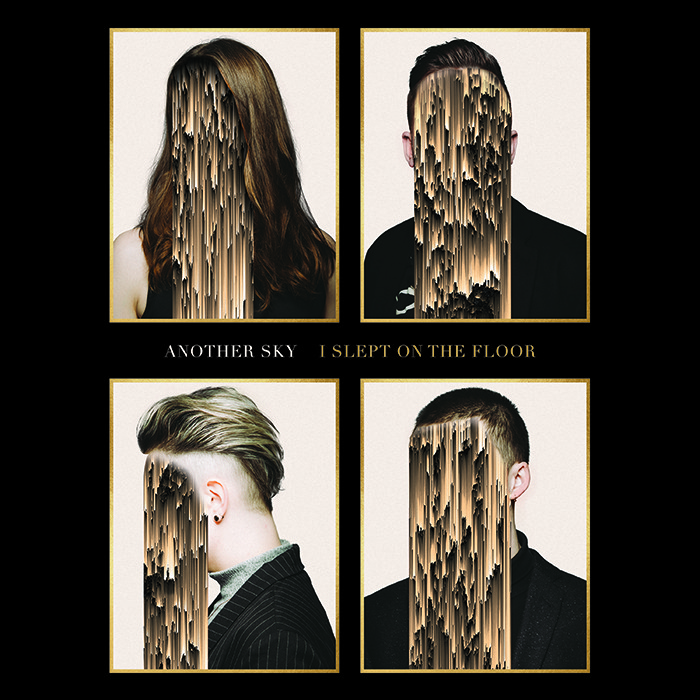 How Long?
Fell In Love With The City
Brave Face
Riverbed
The Cracks
I Slept On The Floor
Life Was Coming In Through The Blinds
Tree
Avalanche
Let Us Be Broken
All Ends
Only Rain

Today The Amazons announce their new album ‘Future Dust’ will be released on 24th May on Fiction Records, alongside revealing new single ‘Doubt It’. ‘Doubt It’ is a hip swaggering, scorcher of a song about […]

On the first day of 2021, Another Sky will release their latest body of work, an EP entitled, “Music For Winter Vol. I”. Consisting of singles “It Keeps Coming” and “Sun Seeker”, the EP follows […]