When a 21-year-old songwriter is heralded as a major new talent by two icons of British music, it’s time to take note. Noel Gallagher has not only championed the young Geordie, but he also produced and played guitar on his track ‘Where’s My Family Gone’. Pete Doherty is similarly enamoured by Andrew’s flair for creating big anthems from songs which explore hefty social issues; first signing Andrew to his Strap Originals label and then taking him on tour with The Libertines.

Andrew Cushin’s deal with Strap Originals now commences as he shares his brand new single ‘You Don’t Belong’. The song is the title track to his debut four-track EP, which will be released on April 22nd. In addition, he will play a huge homecoming show in Newcastle this summer as a guest to Noel Gallagher’s High Flying Birds and will hit the road with The Sherlocks in April.

A killer indie-rock guitar riff powers ‘You Don’t Belong’ from the outset and immediately establishes that Andrew has enriched the scale of his previously acoustic-orientated production. Now sounding like a dynamic live band rather than a confessional singer-songwriter, the rest of the song bounds with a similar intensity. There’s also a subtle shift in his lyricism too. Whereas previous singles have felt immensely personal, ‘You Don’t Belong’ speaks of the wider struggles of a sea of young men who desperately battle issues with identity, belonging and mental health.

The song was recorded at The Albion Rooms, The Libertines’ studio in Margate, and produced by Jason Stafford.

Andew says, "This track is the start of a new journey for me. We’re on a new record label, have a new band, and are ready to release catchy and energetic material. ‘You Don’t Belong’ still holds the lyrics of a typical ‘Andrew Cushin’ song but the sound of synthesiser, indie riffs and big drum patterns take this record somewhere else. It’s a new sound that I’m hoping everyone comes to love."

‘You Don’t Belong’ is released alongside an official video. Filmed in Bedford, the video was directed by filmmaker and photographer Andrew Willsher. Watch BELOW:

Andrew Cushin’s songs are full of astute observations and honest meditations about life’s day-to-day tribulations. But despite the weight of the subject matter, his music possesses a tangible sense of hope too. He’s the product of his upbring in Newcastle, and fittingly the city is embracing him as one of their own. His hometown headline shows all rapidly sell-out, including gigs at The Boiler Shop and The Cluny as well as a benefit night for the mental health charity Mind.

Despite restrictions limiting opportunities to play shows, Andrew Cushin achieved numerous live highlights across the UK throughout 2021. He supported The Lathums, Two Door Cinema Club and The Libertines, while major festivals included Reading, Leeds, Hit The North, Victorious and Boardmasters.

His upcoming live dates are:

MAY
14th - Southampton, Engine Rooms (with The Sherlocks) 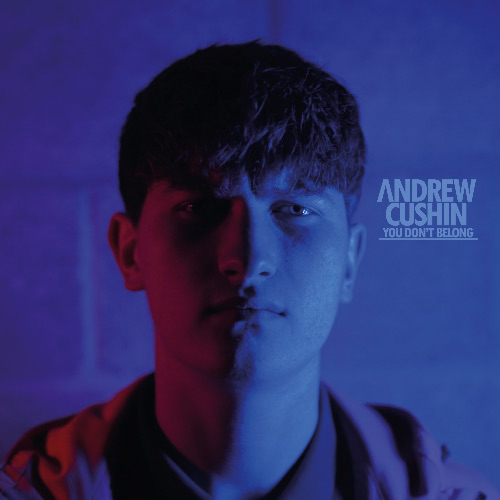 Andrew Cushin possesses a nuanced, multifaceted talent for songwriting. The words that he conjures are both immensely personal and reflective of modern social issues, but those serious themes are delivered through songs with huge, pints-in-the-air...

INTERVIEW: Andrew Cushin talks about the release of his debut EP, ‘You Don’t Belong’

Andrew Cushin keeps on going from strength to strength. After collaborating with Noel Gallagher on the single ‘Where’s My Family Gone’, Andrew then picked up the support of another iconic rock ‘n’ roller when Pete...