Taking its cue from the heady days of 80s New Wave and Art Pop, LearningToDive’s debut album, Norwegian Pop, is to be released on 2nd April and takes the innovation of the past and injects elements of Trip-Hop and Shoegaze to create a truly transcendental experience.

A love letter to the dazzlingly inventive 1980’s musical scene, LearningToDive’s debut album, Norwegian Pop, is packed with the very best of the sounds of the 1980s genres of post-punk, synth-pop, New Wave and the New Romantic movement. One of a series of projects from musician, producer, vocalist and composer, Bravo Bonez, it explores personal, political and societal ideas, addressing themes of hope, betrayal, danger and age, whilst retaining a musical edge that crosses the decades to sound as vibrant and vital as ever.

LearningToDive is the new artistic identity of New Zealand-based Bravo Bonez. Stylistically different from his previous musical output, LTD focuses on the more serious aspects of Bravo’s life and his perceptions of the world. The last few years have seen Bravo Bonez seriously question some of the assumptions he has made about his place in the world and his responsibilities as a husband, father and denizen of this fragile blue planet.

Each of his new tracks explores a different theme using 1980’s musical templates, emphasising texture, depth and harmony. Bravo has many contemporary influences, but for this album specifically, he cites 80’s artists such as Roxy Music, the Psychedelic Furs, Echo & The Bunnymen and Iva Davies (Icehouse). There are some more recent artists that have influenced the album… examples being Boards of Canada, Radiohead and The Impending Adorations.

XS Noize is pleased to exclusively premiere the album for our readers listening pleasure today. Listen to 'Norwegian Pop' - BELOW:

Born in the UK, Bonez has spent the last 15 years between the cities of London and Wellington (New Zealand). Now permanently settled in the capital of NZ due to Covid-19, Bravo spends his time reconnecting with his musical passion through a variety of musical projects, as well as helping to develop and encourage local musicians through owning and running his own music studio called PureSound Studios NZ. 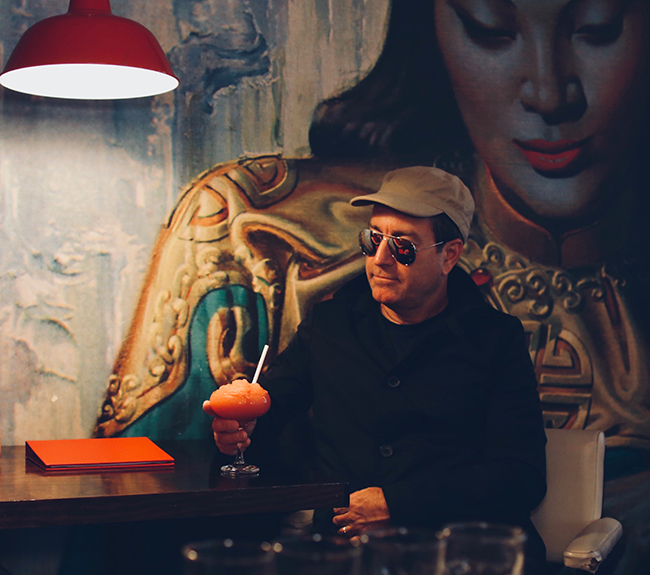