Formed in 2008 and causing a stir since their 2013 debut 'Songs Of Lies And Deceit', Carlisle four-piece The Lucid Dream suffered a cruel blow early last year in 2017 when all of their equipment was stolen following a gig in Paris. Some would've conceded defeat or had their momentum severely damaged during these difficult days for musicians, but instead, the band ploughed on, as their fanbase raised £10,000 to finance some new gear.

The defiant group got to work on their fourth studio LP, still highly driven and prolific after delivering three albums in the previous four years. Frontman and songwriter Mark Emmerson came up with the songs using only the classic Roland 303/808 synths, bass and his vocals as tools for writing, which was inspired by countless hours listening to Chicago and UK acid house works of the late 80s and early 90s, with the focus predominantly on the groove. 'Actualisation' was recorded at Whitewood Studios in  Liverpool, with Rob Whiteley and Ross Halden before being mastered by Dean Honer from 90s dance cult favourites The All-Seeing I. The result is startling.

It roars into life with the astonishing 'Alone In Fear', a slamming psychedelic techno punk epic that rampages menacingly with a sound that sometimes recalls XTRMNTR-era Primal Scream and Underworld stuck together with strange cosmic glue. A militant thrash powered by rampant beats and harsh electronic tones, violent howls of abrasive, ferocious guitars screaming, howling and ripping into the ears as slamming techno beats punch though the chaos, railing against the backdrop of a divided, confused Brexit Britain. Savaging the greed of a filthy Tory government and the right-wing media that acts as their mouthpiece for propaganda, it paces furiously and whips up an even bigger storm following the rumble of big, mammoth drums and snarling revs of bass. One of the year's most essential tracks, and a true soundtrack of these tumultuous times, it'll blow your head off your shoulders. 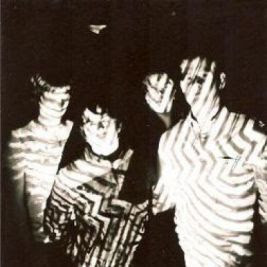 Allowing an opportunity to regain breath after such a supercharged moment of confrontation, on the superb 'Zenith' the pulse of intricate analogue rhythms gradually form a disciplined pattern topped with sirens and searing electronic notes before kicking into a Madchester groove topped with licks of fat bass, atmospheric guitars, and the welcome offer of a melodica solo. Immediately launching into its lysergic vocal-topped second half, it dazzles with its house piano and addictive rhythm. Emmerson explained:  "The track was the first one written and recorded for the new album and was hugely influenced by acid house, alongside the early Heavenly Recordings works. It’s an amalgamation of the influences of house, dub, hip-hop (certainly in the drums and 808) and is the second instalment of a two-part opus. Somehow, we’ve managed to streamline it into a 2.5-minute pop song (in the right manner).” With its sci-fi flavours, sizzling hi-hats, playful high-reaching synths, the contagious 'SX1000' is acid house-flavoured space disco music set to a sturdy marching rhythm, where the briefest splash of vocals are used instrumentally and sparingly to great effect while the repetition builds and fully takes hold with a vice-like grip. 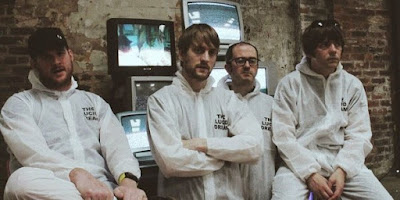 The accomplished, eclectic, and concise 'Actualisation''s second half begins with the no-nonsense blast of post-rock belter 'Breakdown', where dark temperament and blazing riffage combine to recall the band's more guitar-orientated early work. Among the progression that surrounds it, it stands out yet blends into the mood and feels entirely necessary, kicking up a blizzard of feedback and kit smashing as it nears its climax. Another fine example of accomplished songs rooted to the dancefloor, 'Ardency' mixes Krautrock and Hacienda flavours, with strange, colourful melodies and kaleidoscopic vocals echoing over its kosmische zest. Impressing with its fine production, it abruptly breaks into another awe-inspiring electronic groove, progressing in size as it strides on. The closing 'No Sunlight Dub' goes very much where its title suggests, a heavy reggae rhythm guiding a glowing melody throughout psychedelic avenues as the melodica returns once again. Attacking with a hugely unexpected change of pace, it enters a biting, driving rhythm before drum n bass beats join the mix, and more of those Underworld flavours are paired with a rowdy big beat as it truly goes off on one. After it crashes and settles back into its laid-back dub zone, it leads The Lucid Dream's finest record yet to a magnificent close.

The amount of different styles here is astonishing, and the way Emmerson's band mix them all together is uniquely fascinating. Rebuilding their sound around the essence of their previous output, resilience, defiance, reinvention and momentum have produced one of 2018's greatest records. The Lucid Dream have turned a major setback into a triumph.

The last few years have seen many classic records of the '90s celebrate their 20 year anniversaries. One of these was the second Mansun album 'Six', originally issued back in September 1998, and reissued this...

Carlisle's quartet, The Lucid Dream return in October with the release of their fourth album, Actualisation on 19th October. Driven by fans raising £10,000 to help replace all equipment robbed after a Paris show in...

Carlisle's quartet, The Lucid Dream return in October with the release of their fourth album, Actualisation on 19th October. Driven by fans raising £10,000 to help replace all equipment robbed after a Paris show in...