To mark the 20th anniversary of its release, The Beta Band have announced details of the re-release of their classic debut compilation, The Three EPs, on Friday, September 14th 2018 on Because Music. Fully re-mastered and released for the first time on deluxe vinyl, it will also be available digitally and on CD.

Additionally, purchases of the deluxe vinyl edition through independent record stores will come with reproductions of The Flower Press, the short-lived fan club fanzine designed and put together by the band which was very much in keeping with their aesthetic. A compilation of the band’s first three EP releases, Champion Versions (released July 1997), The Patty Patty Sound (March 1998) and Los Amigos del Beta Bandidos (July 1998), the appropriately titled The Three EPs was originally released in September 1998 on Regal.

Its release marks the beginning of a full re-issue campaign which will see their debut self-titled full album re-issued on October 12th, Hot Shots II on November 16th and their final album, Heroes To Zeroes, on December 14th. All albums will be released on Because Music. Additionally, on September 14th, Because will release The Best Of The Beta Band, a 2 CD collection which includes a disc of live recordings from their Shepherd’s Bush Empire show on 29th November 2004.

Finally, Zeroes To Heroes: The Beta Band Archive, an exhibition featuring the band’s creative and original artwork and various pieces of Beta Band ephemera is set to run alongside the re-issue campaign. Put together by renowned curator Justin Hammond, the exhibition runs between 14th September – 3rd November at J Hammond Projects at the Bomb Factory, London N19.

The exhibition includes an extraordinary collection of rare and unseen artefacts sourced directly from the group and its fans. Hand-drawn artwork, cut and paste posters, scrawled lyric sheets, outlandish stage costumes and bizarre promotional objects highlight the experimental ethos of the band. Built around John Maclean's extensive scrapbooks and featuring contributions from internationally acclaimed artists like Haroon Mirza and Corinne Day, Zeros to Heroes charts The Beta Band's rise to cult status and beyond. 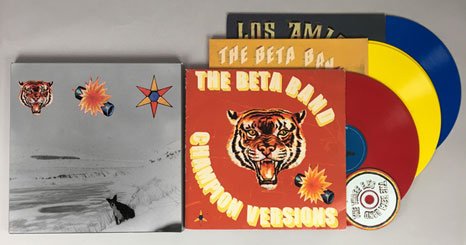 The track listing of The Three EPs is as follows:

Arguably one of the most acclaimed and loved bands of the past 20 years, by both fans and their musical peers alike, The Beta Band formed in 1996. After a couple of early personnel changes, the band’s line-up from the release of The Three EPs until they disbanded in 2004 consisted of Steve Mason (vocals/guitar), Robin Jones (drums), Richard Greentree (bass) and John Maclean (sampler/keyboards).

Innovative and singular, The Beta Band’s unique musical and aesthetic approach to everything they did set them far apart from their musical contemporaries. Together for a relatively short period of time, their three albums, The Beta Band (1999), Hot Shots II (2001) & Heroes To Zeroes (2004), would nonetheless help define them as one of the most exciting and cherished bands of their generation. 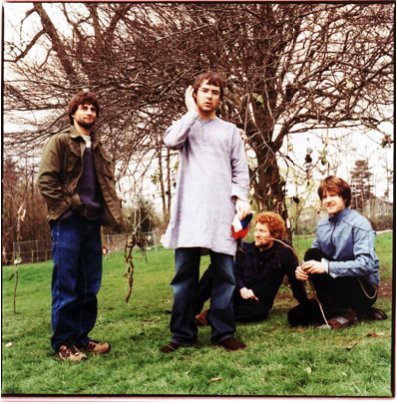 Fourteen years after they split, the very existence of The Beta Band – a group who took large amounts of record company money and turned it directly into art – feels almost like a strange and incredible fever dream. One that, with these new reissues, can be experienced all over again.

“There’s not a band that really has a legacy like that,” said Steve Mason recently. “It’s beautiful and it’s absolutely untouchable. We were a massive psychedelic rainbow that went screaming across the sky and then crashed into a mountainside. And that’s perfect.”