James Dean Bradfield Announces New Album ‘Even In Exile’ Out August 14th on MONTRAY (via The Orchard). An ultra-vivid eulogy to a brilliant life cut short, Even In Exile is a beautiful collection of songs that loosely trace to story of the life and death of Chilean poet-singer-activist Victor Jara. At points pure and biographical, at others dreamlike and opaque, Bradfield sets words written specifically for the album by poet/playwright Patrick Jones to some of the most addictive and affecting music he’s ever composed.

James Dean Bradfield on Even In Exile: “Sometime at the start of 2019, Patrick gave me a handful of poems each of which touched on different aspects of Victor Jara’s life. When I read them, I was struck by the idea that if a life means anything, it will continue after death. That thought stuck with me and made me want to turn Patrick’s words into a record.

“One of the reasons Victor’s story chimed deeply – then and now – because as with so many other politically active people’s stories from that era, it results in death. The idea now that freedom of political thought might end in death is still too shocking to contemplate, yet we live in an age where oppositional politics leads to untold bitterness and a total lack of empathy, compromise or respect. It is so destructive, I think this period of history points to so much that’s relevant right now. And again and again, his voice returns. At the end of 2019 when I was finishing the record, people were gathering at Plaza Italia in Santiago and singing his songs at a mass protest against the government. His voice is an echo that inspires trust and guidance. Through reinvestigating his music I’ve learnt that music that is politically motivated doesn’t necessarily need to be polemic punishment, it can be poetic, personal and musically transcendent

“Growing up, Victor Jara’s name was regularly heard in music. It seemed to have a global recognition through songs by artists like The Clash, Simple Minds, Working Week and Calexico. And that carries on. Springsteen covered one of his songs recently. In terms of creating art about an artist, I was inspired by the album Mermaid Avenue by Wilco and Billy Bragg. That record took the words of Woody Guthrie and presented them in a different context, creating a loving act of artistic archaeology and a fitting tribute to a great mind.”

Listen to ‘The Boy From The Plantation’ – BELOW:

Influenced by records and artists as diverse as Rush’s “Moving Pictures”, The Bad Plus’ “Never Stop 2”, Kamasi Washington’s “ Heaven and Earth”, “The Welsh Connection” by Man, John Cale’s “Walking On Locusts”, Pink Floyd’s “Meddle”, “The Marble Index” by Nico, “The Beaten Generation” by The The and the music of Alessandro Alessandroni, I Cantori Moderni and Violetta Parra, Even In Exile was played almost entirely by Bradfield and recorded at Door To The River Studio in South Wales. It features ten original compositions and a cover of Victor Jara’s “La Partida”.

“I started each track with just guitar and vocal and built it up from there, this is an album that wasn’t jammed – it was quite a precise procedure of finding the right architecture for the lyrics. That meant it was never envisaged as an album I was going to take out on the road.” 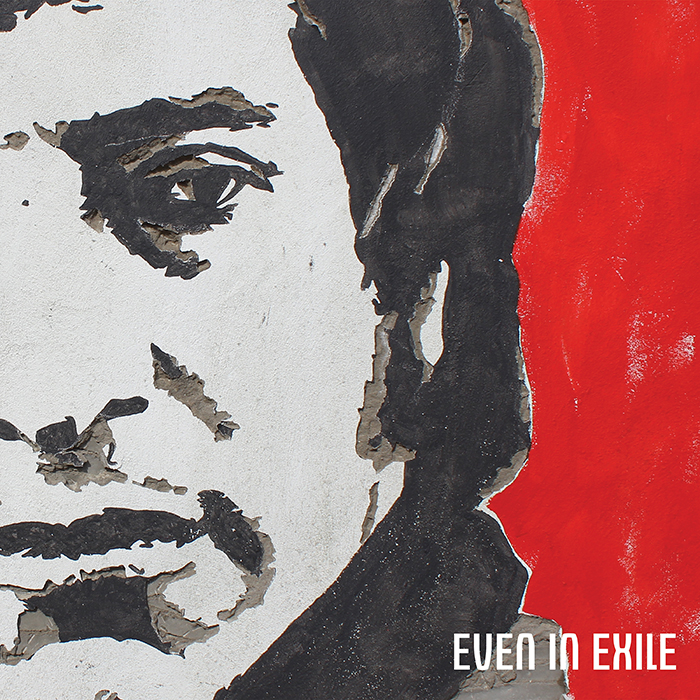 Even In Exile Tracklist:

1. Recuerda
2. The Boy From The Plantation
3. There’ll Come A War
4. Seeking The Room With The Three Windows
5. Thirty Thousand Milk Bottles
6. Under The Mimosa Tree
7. From The Hands Of Violeta
8. Without Knowing The End (Joan’s Song)
9. La Partida
10. The Last Song
11. Santiago Surprise

‘International Blue’ is the first new release from MANIC STREET PREACHERS in four years and is available from today (8th December 2017). It is taken from the band’s 13th studio album ‘Resistance Is Futile’ out […]

Track Of The Day: The Anchoress – ‘Doesn’t Kill You’ – Watch video

Doesn’t Kill You will knock you back on your heels, the song is shimmering and enchanting. Davies voice is mesmerizing on this ballad. The song is beautifully conceived, performed and produced. The best words to […]

Taken from their forthcoming 13th studio album ‘Resistance Is Futile’, ‘DISTANT COLOURS’ was the second single taken from the album, being released on 13th April. The first track from the new album ‘International Blue’ came […]