Irish singer-songwriter Amy Montgomery releases her debut EP, Intangible, on November 20th. Amy hails from County Antrim, Northern Ireland and the first thing you notice, apart from her outlandish bohemian looks, is her raw and beautiful voice, honed from relentless busking across her native Emerald Isle.

Already a musical force of nature, performing with great intensity on both guitar and keyboards, it’s her powerful voice that has captured attention in big ways, drawing immediate comparisons to Janis Joplin, Anna Calvi and Alanis Morrisette but with a very modern attitude. A voice with exceptional power but with an individuality all of its own. Victoria Pearson caught up with Amy to discuss her debut EP, musical influences, busking and more.

Your latest single 'Anywhere' is an uplifting song what is the message of the song?

AM: The general feeling that we were going for was a song of hope and a message of encouragement to remind people that they are enough. When they are looking for answers to questions that lie within themselves they need to look within. I think we did a good job as we captured the meaning of the song. It is playful but it also has a deep-rooted sentiment.

The video is gorgeous and you are wearing a flowered headdress which also adds a pagan feel to the video.

AM: Thanks so much yes. I had a lot of input into the creation of that video. The video is just as important as the music to me. I love the process and it adds another layer of interest to the music.

It's beautiful. Is there a folk element to your music would you say?

AM: I think there is a lot of influences in my music growing up I was surrounded by classic rock such the Eagles and ACDC.

Your music is a bit different from ACDC!

AM: Perhaps not all my songs but on my last release, you can hear the influence of rock in my voice.
With regards to folk, I am influenced by many folk artists that I love and you can also hear that influence in my songs.

It's kind of organic, isn't it? The way you have grown up with folk and rock in your background. Irish music is influenced by folk I would think? In Ireland, there's a culture of getting together and creating your own music.

AM: Yes definitely! With everything going on in the world at the moment the important thing is about people getting together. In my music, I try to mix pain and beauty together.

That's a deep thing to say I like that. Mixing pain and beauty together.

AM: I think that's pretty much what I do. I think it creates a space to express the beauty of life and this pain whether it comes from outside or whether it's an observational pain. When you put beauty and pain together it becomes really powerful. That can be a transforming thing within a song. This is something that doesn't get talked about very much with my music because people are feeling it but they're not talking about it. I definitely like to note that this is very important for me and also for listening to music as well.

A lot of it is about attitude. Do you feel that when you get on stage you have a different persona a different attitude?

AM: I think so but not in an alter ego kind of way. As being on stage allows me to express myself in a way that I don't in day to day life. It allows me to be as weird as I like! And nobody questions it! I present another worldly stage persona! I just love the feeling of escapism. I loved creating this show and in this performance, I thank inspirations such as Freddie Mercury for that.

I agree that Freddie was fantastic at creating that fantasy not just in the song but also costumes. I'm surprised I thought you were going to say that you're influenced by Kate Bush.

AM: I don't want to burst your bubble but not really no! Haven't been exposed to a lot of Kate Bush's music when I was growing up! I am influenced by Bjork.

Your debut EP is called 'Intangible' and is out on November the 20th. talk me through the tracks and what they mean to you?

'Intangible' is reflective and a contemplative song that I wrote when I was on a boat believe it or not! It was written about my mum who I lost to suicide. My music is influenced by that and whether I want to believe it or not it is. It's fine because of my journey so far and it's a big part of why I inject so much intimacy into my songwriting. Someone said the other day that my EP is really about a feeling of healthy nostalgia and that's a great way to describe it. It's about not being ok with loss but also accepting it in a way. Every person you walk past in the street has the same emotion behind the different events that happened to them. This EP recognizes that. I've already told you about 'Anywhere.' The third track is 'Jupiter 4' I wanted to keep this track Lo-Fi and I think it's nice to have a cover in the middle of the EP.

Track four is 'Old Photographs' and when I play this live it's the most emotional song. I remember when we played in Switzerland the whole room was in tears and I was in tears! It was a really nice moment when everyone recognised the human that lies within each other. The theme that runs through all the songs is a feeling of reflection. It takes a lot of bravery and a lot of resilience to turn your head away again and walk away from your own nostalgia.

What can we learn from children on how to deal with a lockdown?

AM: I've got two little nephews and they both live in the present moment I think it's a lot easier for children to practice that feeling of being in the present moment. It's in their nature and I just love to observe children. When they are doing any activity they are completely there in the moment - nothing else matters. As you get older that dims the light of present moment awareness. I think some people forget that they used to be a child and if they would just allow the light of the child to shine within them it would create a lot of opportunity in their lives.

Why did you choose to cover 'Season of the Witch' by Donovan?

AM: I was over in India for two months last year I was going to record the song in Mumbai. It was actually recorded for a TV show that was called 'Britannia'. That was the only reason for recording that song. It's not something I would usually do but I did have a pretty good job of injecting a kind of tribal pagan feeling into it.

What did you learn from busking in Belfast?

AM: I was in a lot of singing competitions from the age of eight. Fast forward a few years and I was out busking. It was a great opportunity to practice in the moment. Every single day I was out busking whether it was raining or snowy whatever the weather I was out there - I just loved to do it and also made some money. It taught me to slow down and really observe people's stories. Every single person stopped to talk to me. They all had a story and that helped to inspire my songwriting.

Hopefully, shows will be up and running pretty soon a lot of festivals have been rescheduled to next year. I'm going to keep recording of course. I just wanna keep on releasing music and releasing music videos. Early next year I want to release another EP. Probably, later on, I will be thinking about planning a debut album but I need to get the timing right. People keep asking me all the time when my album is coming out. I will do it when It feels right.

Thank you it's been very nice to talk to you.

AM: You too! it's been really lovely. Thank you have a good day. 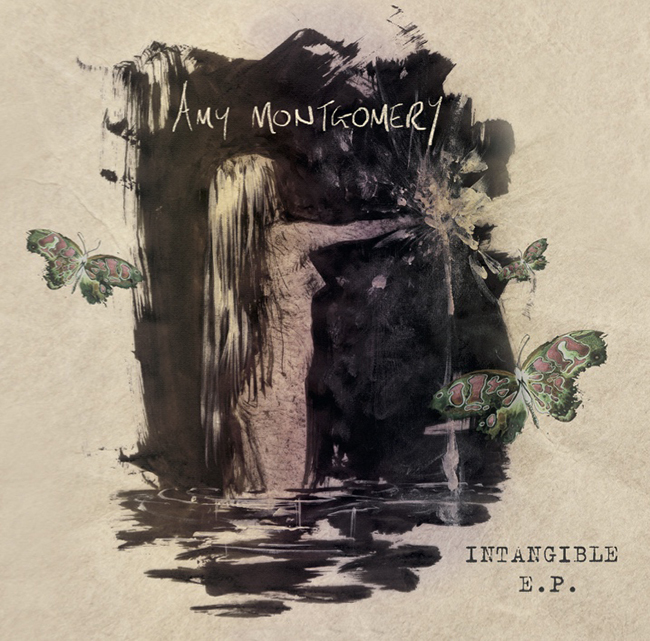 Her debut Intangible EP is available on both CD and digital and available to pre-order here.

Scottish pop rock sensation, Texas are pleased to announce a headline Belfast show at the Waterfront Hall on Tuesday 06th October 2020 Formed in 1986 by the undeniably brilliant Sharleen Spiteri and her partner in...

Under a Christmas Sky features Northern Ireland’s finest musicians, actors, and poetry, filmed live at the Ulster Folk Museum. From traditional to contemporary everything you will see and hear has one thing in common -...

XS Noize has teamed up with Belfast based PR and promotions company Tin Man Heart to bring some of Ireland’s best upcoming talent to the city. Together, we have arranged a series of unmissable gigs...