It is hard to believe over twenty-five years have come and gone since Harriet Wheeler of The Sundays angelic voice parted the clouds of late 80’s musical cant. The Sundays released the much beloved and treasured Reading, Writing and Arithmetic in January of 1990. The album was one of the first portends of the promise that would reveal itself in the indie/alt musical world throughout the ’90s. The album was a perfect reflection of post-grad student life circa 1990. Few at the time realized that the band was spinning pure gold that would be an encapsulation of nostalgia for that fleeting time in between college graduation and becoming a responsible adult. That period of life when everything seems possible and in contrast, there seem to be no new frontiers to conquer.

The Sundays came into existence when Harriet Wheeler and David Gavurin met and started to date while attending Bristol University. They were messing about with songwriting and prose when the idea of a band first became a possibility. The band would eventually compose Harriet on vocals and David as guitarist with Paul Brindley on bass and Patrick Hannan on drums. Things moved rapidly for The Sundays, the band quickly went from fiddling around making demos to being signed by Rough Trade after a bit of a bidding war. The quickness with which they were signed might not have served them as well as many would think, as Gavurin observed,” A lot of bands who get signed, have been playing for years and have 30 songs for the first album… but we didn’t have enough songs for our first album, let alone a second, we could not write to a deadline.

You can’t force a whole amount of quality songs quickly.” They were almost accidental musicians. The band, fortunately, hit the sweet spot of arriving at a time when a new decade was dawning and suddenly from the ruins of the last musical decade, The Sundays emerged and were in parts The Smiths and the Cocteau Twins all in one. The band has the appeal of instant breezy hooks, delicate swirling rhythms and Harriet’s amazing vocals. 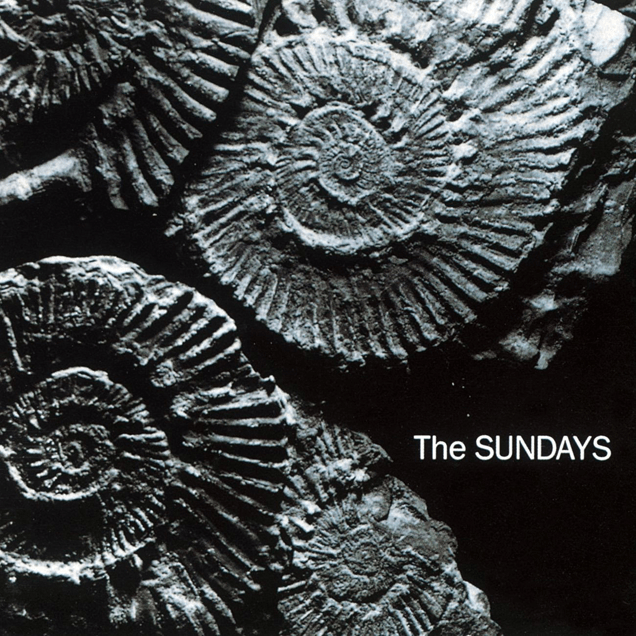 The album was produced by The Sundays and Roy Schulman, engineered by none other than Alan Moulder with Gail Tambourne and mastered by Stephen Marcussen at Precision Lacquer in LA. It what seemed like overnight  Reading, Writing and Arithmetic went to number four on the UK charts and in America the song, Here is Where the Story Ends charted #1. The song would chart in the UK at #5. The album sold over a million copies and received a positive critical reception. Heavy rotation on MTV and an exhausting promotional tour did the rest. In a very short period of time, The Sundays went from unknown on the dive bar circuit to a band on the fast track to fame.

For better or worse The Sundays conveyed their total unconcern for passing trends or fads in the highly volatile UK music scene. Theirs was a completely personal incarnation, complete with offbeat thoughts on life, love and the English weather. The Sundays displayed an unending confident smartness that had seemed to have leached out of the UK music scene of the time. There are many reasons for their success but it all boils down to the stellar talents at the helm of the band, David Gavurin and Harriet Wheeler. Harriet’s voice was so crystalline and effortless in conveying emotion and warmth that she could sing the proverbial phone book and give the listener shivers. Shamefully underrated as a guitarist, David Gavurin’s work is a perfect amalgam of Johnny Marr and James Honeyman-Scott guitar sensibilities. The two together were a potent combination, also not to be shortchanged the rhythm section of Brindley and Hannan provided the solid backbone for the songs.

Reading, Writing, and Arithmetic was a perfect meditation on post-grad life when the world is your oyster and you either go into plastics like the adults suggest or start a rock band. The Sundays were able to capture the feeling of being totally confident you would never make the same mistakes as the adults and that surely the life you had dreamed of was just around the corner. The disc kicked off with Skin and Bone starting off like someone dropped a sonic bomb. The song then proffered the very British ethos of not getting too big for your britches, “…actually oh well there’s something I’ve found it’s true we are just flesh and bone.” The song breaks forth with the celestial sound of Harriet’s voice over an all so pleasing guitar. Those first vocals were all you needed to indicate you were in for something special.

Here’s Where The Story Ends is a song that could only be written by someone in their early twenties just out of college standing on the edge know they have a whole lot of theories about life and precious little experience. The song is so spectacular because of Harriet’s ability to sing with such innocent conviction and crystalline etherealness. The Smithesque guitar makes for sheer perfection. There are precious few songs that would ever wax so poetic about erotic incidences in a shed or be loving someone for the books they read. This song alone explains why The Sundays are so beloved and fondly remembered.

Can’t be Sure is a pithy enumeration of the internal discussions that face someone with a major life decision. Expounding on the pressures to choose correctly and immediately when it might be best to take a pause. “…And though I can’t be sure what I want anymore it will come to me later.” The range of Harriet’s voice is shown to great advantage on this song and you could miss the internal dilemma of the lyrics because of her delightful vocal. It is an engaging clever song.

Speaking of clever, The Sundays nailed the internecine battle of flat-sharing politics in college on the song I Won. The eternal debate society of the college dorm is on full display. For those of us who can harken back to those battles, there is an appreciation of the description of those situations. “I won the war in the sitting room… I won the war but it cost me.” Accompaniment wise, David Gavurin was able to use his gifts of taking every day and making it exceptional with his spot-on guitar work.

Hideous Town has Harriet delivering a blasé vocal treatment that underlines the uncertainty and ambiguity of the song. It is a song that addressed the post-grad ennui of not finding anything that appeals when taking the first steps into adulthood. Pondering if those steps should be volunteering, civil service or what? Even a night on the town ends early with the decision to just head home. “…Oh oh, my hopeless youth is so uncouth… Yeah, my hopeless youth is really very young, just really very young.” The song turning the childhood desire to be a grown up on its head, realizing adulthood isn’t happily ever after.

Your Not The Only One I Know was a one-two punch combined with Here’s Where the Story Ends here were two phenomenally catchy and beautiful songs that drove the disc’s success. The song itself examines our inner embarrassments and habits, from talking to ourselves to reading horoscopes on the lav. Only Harriet and David could turn this song about rationalizing our neurotic tics into a thing of such beauty that it is timeless. The lovely acoustic guitar treatment and Harriet’s transcendent voice take this song to another level. The vocals are just barely tethered to the ground by Gavurin’s swirling guitar. It all sounds so very effortless, pure sonic goodness.

A Certain Someone is a daydream of sorts that many of us use to get us through our day. Speculating about how we would spend our imaginary lottery winnings or windfalls. The thought follows through to trying to figuring out who we would take along on our ride to fame and riches. Reality steps in when we realize that we would probably mess everything up if our boat ever arrived. The rhythm section does a stellar job on this song.

I Kicked A Boy is a guilty pleasure as Harriet almost glibly describes being mean to a boy. The song contains a Roald Dahl feel, the dastardly secret thrill of naughtiness. Fans should instantly recognize this track is walking about in the Smiths’ topical wheelhouse. Morrissey could have sung this song quite convincingly. Again the acoustic guitar treatment of this song is noteworthy.

My Finest Hour illustrated the small victories of life that most of us can identify with, in this case finding a pound in the underground, and fearing that it may be the high point of life. The song examined the smallness of our lives and the fear that we have nothing to back up our belief in our own greatness. When faced with a person we would like to impress our clothes are all wrong and we are tongue-tied and stumble. The song also displays the forlorn hope of wishing that someone we are interested in will be likeminded. The song sounds like it should be a depressing mope but because of Harriet’s amazing vocal, it turns misfortune into a song of triumph over the mundane. My finest hour beautiful accompaniment makes for a vibrant and memorable song.

The final song, Joy is a poke at the convention and what lurks behind the everyman’s façade. It questioned where conformity gets you in the end as your driven barking mad by the inanity of it all. The lyrics are seething but the song again proves Harriet Wheeler could sing the news coverage of the end of the world and it would sound wondrous. In turn, David could write the complimenting accompaniment and it would be a perfect fit. The final message of the song is that life is fleeting take advantage of following your own path while you can.

Alas, The Sundays would only release three albums with Reading Writing and Arithmetic being the strongest commercial performer. Hobbled by their record company Rough Trade’s financial troubles and the commitment to managing themselves may have undercut the band. The Sundays would go on to release Blind in 1992, with the singles Goodbye and the scintillating cover of the Rolling Stone’s Wild Horses, the album would go to 15 on the UK charts. Their last recording Static and Silence would yield Monochrome and Summertime with longtime fan producer Nigel Godrich aiding on the song She. Blind would also reach into the UK top 15. Harriet and Matthew would eventually marry and have two children. They decided to put the band on hiatus to raise their family, but they are still writing, so who knows what the future holds. Hope springs eternal.

The Sundays enduring influence was that they were the first key dive circuit band to break out in their era. They were a response to the Stone Roses and Happy Monday’s invasion. Their success provided a platform for many other thrilling talents to be allowed a look in on the mainstream charts. Those opportunities in all likelihood would not have happened without The Sunday’s success. Their shimmering lyrical economy and sonic transparency make them after all these years a band to sonically enjoy and treasure.